As the festival season comes to a close, there’s no letting up for us ravers to catch our breath to get ready for the winter club season!

With some big drum & bass nights on the horizon, such as Chase & Status – RTRN Jungle @ The Drumsheds, and Benny L’s Reactions LP launch @ The Steelyard to come, there was one thing missing – a London night featuring the Executioner Andy C!

For the eagle eyed people out there, you would have noticed on his tour itinary that 7th December was listed as TBA, and over the last few weeks there were little teasers on his social media channels that something special was going to be revealed soon. Well he has revealed that he will will be hosting a “Xmas Party” @ Printworks on December 7th.

We are very impressed at the size and quality of the line up, drum & bass foundation artists such as Storm, Randall, Dillinja and the mighty Ray Keith are only the tip of the iceberg. Check out the launch artwork to see the full listing. 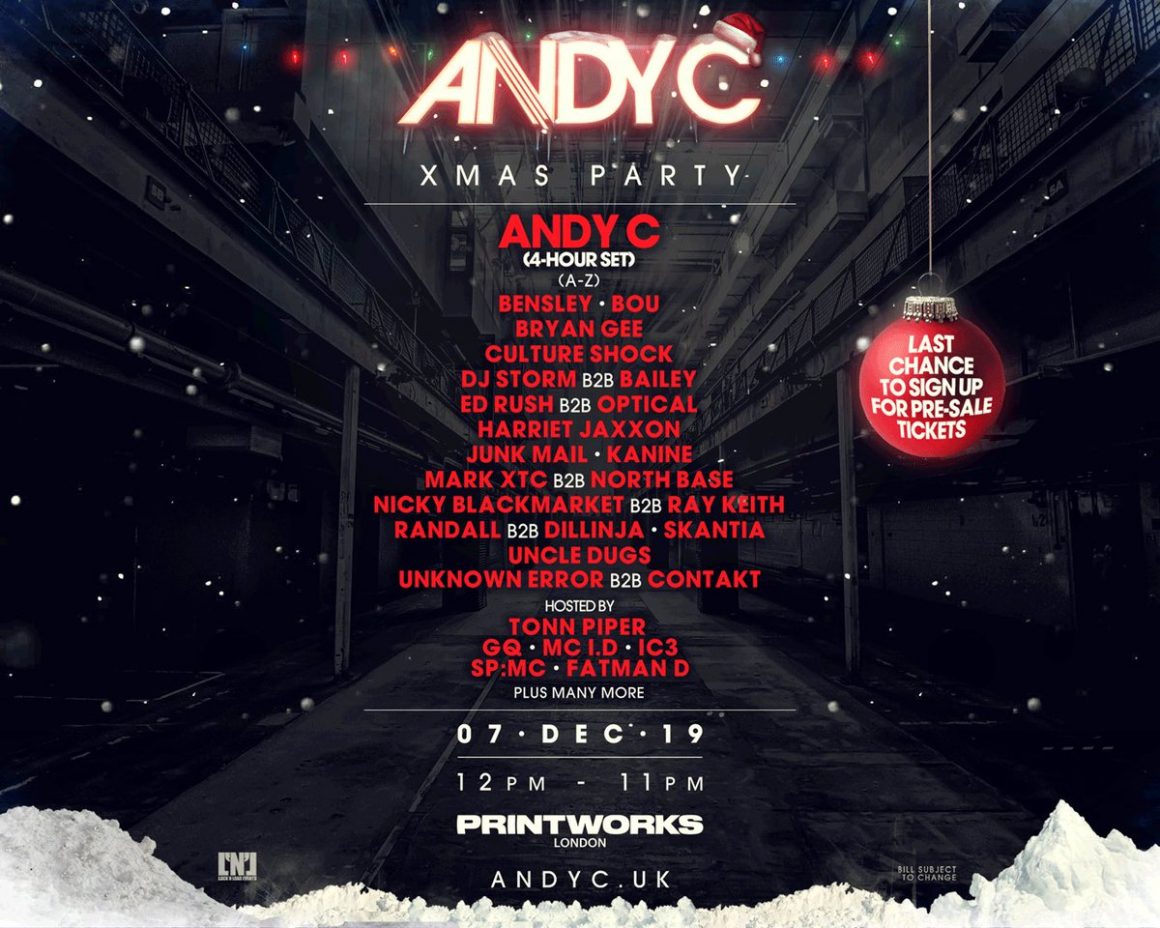 The last time Andy played @ Printworks was in 2017 at the 25 Years of Ram Records celebration. This party was off the hook, and if you were there you know the last hour of his set was something special!

If you never got the chance to experience Andy C @ XOYO earlier this year, we suggest you pencil this one into your diary to kick off a month of Christmas cheer!

Check out our thoughts on the opening night @ XOYO, to whet your appetite.

You can sign buy tickets HERE!
At time of updating (31st of October), 50% of the tickets were sold in under half an hour, absolutely incredible. 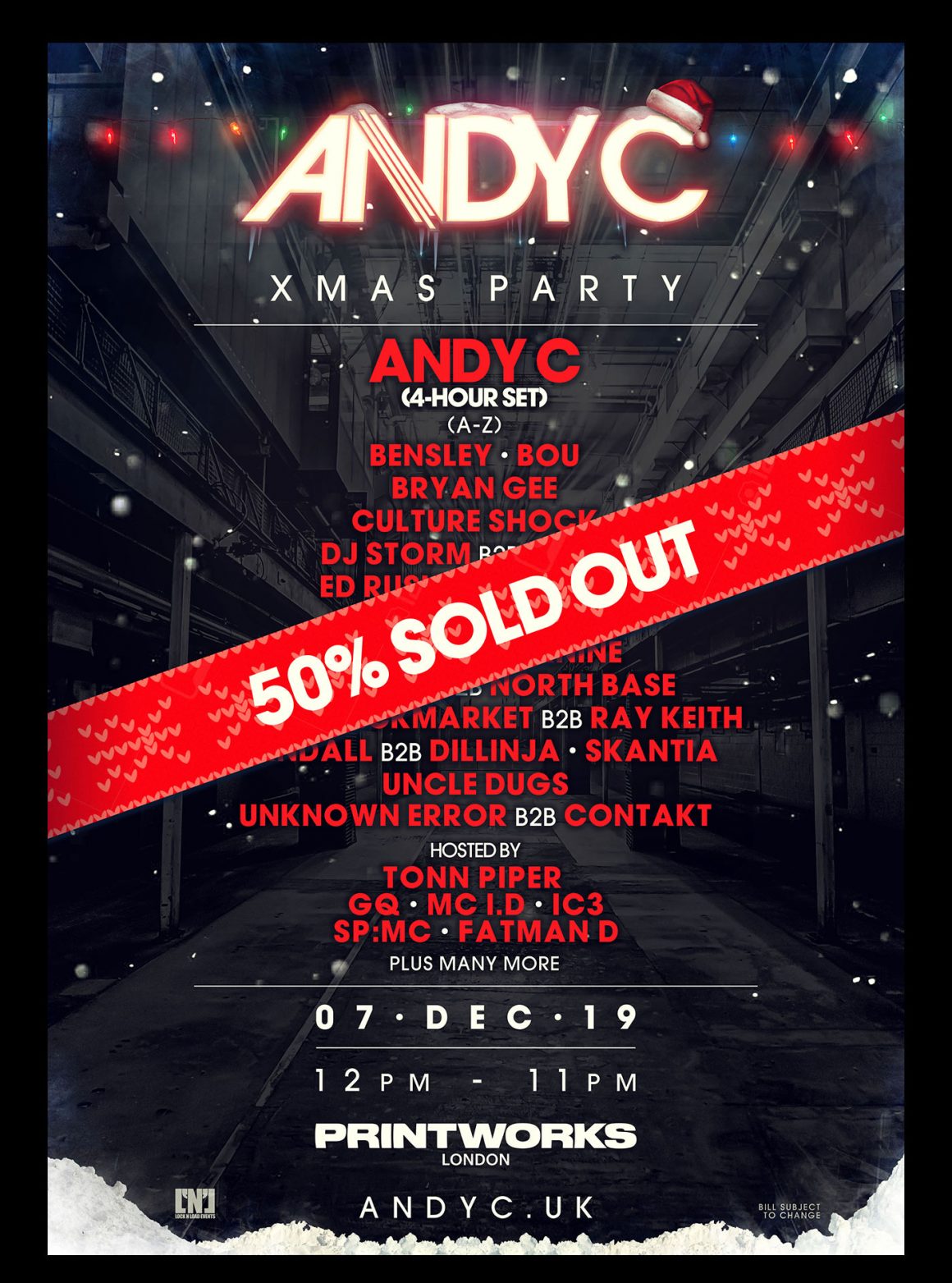