University is a time for discovering. Yourself, a new city, and the fact that you can’t cook more than a piece of toast without fucking it up. Alongside these new discoveries arrive new mates, armed with different interests (and ideas of what a fire playlist is) to your own. At times, it can be a little hard to cope. Digesting the fact that your new mates haven’t heard of Congo Natty (let alone anything heavier) can be difficult, but that’s why In Reach is here to help you out with our helpful guide: 5 ways to cope when you’ve got different music taste to your Uni mates.

So let’s face it, we’ve all been there. Somewhere near the back of the dance floor in a club you’d never heard of, sporting an averted gaze and an appropriately awkward shuffle. You were promised someone was doing a drum and bass set, only for you to later discover that it’s indie classics all night. Worst yet, you can’t even drown your sorrows because its £7 for a double vodka. This was far from the sweat-covered evening you’d been craving. Why have they played ‘One Dance’ 3 times? Why does no one seem to mind?

Having friends is important but having a good music taste is too, so here’s how to balance the two when your friends are more Miley Cyrus than Misanthrop.

The first step is to introduce your new mates to the idea of listening to something other than what Radio 1 tells them to. To avoid their ears bleeding from the pressure of being exposed to decent music for the first time, try easing them in with some liquid vibes. When they’re ready, step it up with some hard serious beats. If they ask why you’ve started playing industrial noises on repeat, you know they aren’t the friends for you.

If your friend is irrevocably stubborn, and still hasn’t caved into exploring the musical wonderland of your soundcloud likes, then perhaps you need to be a little sneakier. Dropping hints like “I hear all the cool kids are listening to drum and bass these days” may encourage them in the right direction. “Nikki Minaj is shit” may not. Discretion is key. But if even that doesn’t work… (see step 3)

3. Force it upon them

Now I don’t mean hold them at gun point and insist that they listen to the new Symmetry LP. Maybe something more along the lines of putting your music on when they’re in your car and can’t run away. Or take them on a night out and steal their wallet so they can’t get in anywhere else.

Its 8am and your friend/housemate is playing that fucking Zayn Malik song again, at a volume that suggests he definitely heard you slagging him off for eating your chips last night. In a crisis like this, headphones are essential. Plug in and soothe yourself with an Alix Perez mix, pretend you live with normal people. 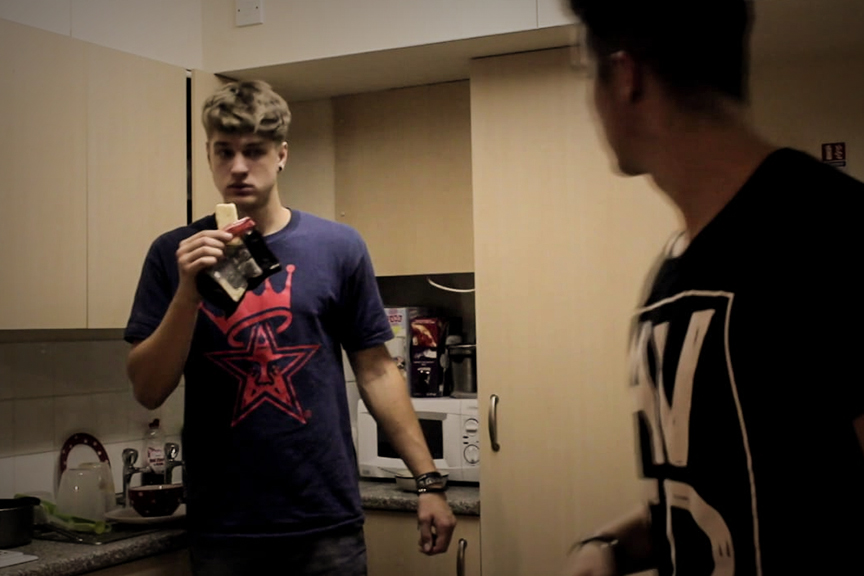 In all seriousness, nobody likes change. But that doesn’t mean your tastes will never adapt.

Though you may never compare other music to the love you’ve found with drum and bass, it’s amazing how your opinion on a genre can change once it’s been the soundtrack to a few memorable nights. I’m not saying Justin Bieber is secretly a lyrical genius, or that Little Mix are revolutionising feminism for womankind, but the reality of it is that we surround ourselves with influences: be it music, cities or people. These elements impact our own being more than we realise. So before you snap at your uneducated mate for thinking when you’re talking about Emperor you mean the one with no clothes, remember that they may have something more valuable to offer you. A change of perspective.