Zero T is no stranger to In-Reach, a regular on our pages over the years, so we thought we would catch up and see what he’s been up to and talk about that exciting forthcoming release on Symmetry Recordings!

Hello Cian, thank you for taking time out to talk us again.

It seems like an eternity ago, and in that time you released “Little Pieces LP” on Dispatch , had the “Exiles EP” with Beta 2 on Metalheadz and generally been putting out quality music.

Obviously the last couple years have been probably the most testing in the music scene; it must be an absolute relief that we are getting back some sort of normality. How have things been for you the last few months?

It’s been a massive relief, and release, to be finally able to play all the music written during the pandemic to live crowds. The energy has been inspiring. It’s been a very tough period for everyone everywhere, and I feel blessed to have a family to get through it with. I’m really excited to get all the new music out there, and being able to play it to live crowds makes all the difference.

It’s times like these where we really appreciate the things that we used to take for granted. I think a lot of artists will have the same sentiments as you, plus seeing old friends and venues gives life a little normality to proceedings.

You recently played in Bristol @ High Rise Hub, how did that go and did you play a lot of forthcoming Zero T music?

I did Metalheadz Bristol at High Rise on Friday and TNQ v 1985 in Manchester at Hit+Run. It was great to be back in both cities, see lots of pals I’ve not seen for nearly two years and get to test out lots of freshly made stuff on great crowds. I probably played more of my own stuff in Manchester though.

Must have felt amazing to just rinse out your material and get great feedback on those tunes!

You mentioned earlier that you had been busy in the studio over the last 18 months – were the tunes you have signed to Break’s Symmetry Recordings made then? It’s also your debut on the label, did you write those specifically for them? How did the hook up come about?

Yea, the Symmetry tracks were done early summer this year. I’ve known Charlie for years of course, and we’re both long time fans of each other’s work. We’re also both involved in launching new non-dnb projects (Searchlight and The Degree’s respectively) with Goldie’s Fallen Tree label this year, so we’ve had a lot to chat about recently. I never try to make a tune for a label – that’s creative suicide for me. Those two tunes came together at the same time and I instantly felt they would be to Charlie’s tastes. I guessed right.

They definitely fit the Symmetry vibe I think! “Gimme The Loot” has been going down really well with the listening public, what was the process to get that one started?

I started with the iconic beatbox sample in the intro – immortalised by The Prodigy on “Charly” but specifically I love its use on this Luke Vibert/Wagon Christ remix.

I’ve been in love with that since I was about 15 years old. Myself and Beta 2 also used it in one of our early releases, Bizzy Time, which came out on CIA and was remixed by Break a few years later. From there I just wanted to create a filthy, dark but funky slammer with a hiphop feel. There’s also no getting away from the strong Dillinja influence on the track. For me, he’s still never been bettered, and his influence on my approach to making jungle music will never go away.

The A side “Come & Reprazent” has the “classic” Zero T melodic feeling with the jazzy and soulful hooks, but also has the gritty menace to hit you in the chest; is that what you initially set out to do or did it flow out naturally?

Anyone familiar with my style will know that I like to mix up vibes a lot, both in DJing and song writing. With this one I was nodding more to the early Full Cycle sound, with a healthy pinch of Hard Leaders thrown in for good measure. All those guys made jazzy, hiphop influenced tracks that still shelled down a dancefloor. I have a soft spot for the classic “musical intro dropping into heaviness” arrangement style that used to be so prevalent in the 90s and early 2000s. Dillinja was the master of this, but Bad Company and the Virus crew too – their intros were often breathtakingly beautiful and emotive. The Pulse, Sicknote, Nasty Wayz etc… What I love about that type of track is you can bleed some soulful or musical vibes into a dark and heavy set, or you can play it as a heavy track in a deep and musical set. Once I got that main hook sample working, I knew what the arrangement had to be. The intro was an afterthought… just something gentle so it can be mixed into anything easily.

I can see strands of Dillinja’s influence in your productions, and as you say he was the master of fusing the melodic with the outright nasty. Tracks like The Pulse and Nasty Wayz had intros that fooled the listener that you would be getting a feel good liquid track, and then bang there was a 180 degree switch into grimey bass and beats.

I want to ask more about the hook up with Symmetry, do you have more planned with the label or even a collab with head honcho Break? That would be something that would have the drum and bass world salivating!

It’s not something we’ve discussed but it goes without saying, Charlie is top dog for my type of jungle and it would be great to do a track together. Although I do a lot of collabs with people remotely, that would be one where I would want to be in the room together.

Safe to say that would be awesome and we would all be excited to hear the output if it ever did happen. Here’s hoping we don’t have to wait too long.

The year only has a couple months left, so what’s on the horizon for yourself?

After the Symmetry release I think my next EP will be on Sofa Sound, which includes collabs with DLR and Molecular, and a vocal VIP version of Jazz Tone featuring Steo & [ K S R ] dueting for the first time together.

I also have tracks on the upcoming compilation LPs for Metalheadz, North Quarter, DNBA and CIA. There’s also a few remixes due out over the coming months.

Wow, you have a real jam packed release-laden end to the year. Always a good sign to have so much on the go.

Beyond DnB, the new jazz/soul/live project from myself and Beta 2 – “Searchlight” – the debut release is entitled “Breathe” and featured vocals by Ireland’s Tolü Makay. Vocals are co-written by Goldie on this track, which has a 4hero/Two Pages feel to it. It’s released on Nov 5th on all platforms, look out for a premiere on BBC6Music on the Maryanne Hobbs show on Nov 4th.

This live project is really intriguing, care to speak about that in more depth? How long has it been in the works?

We’ve been working on it since 2018. It came together through chats with Goldie. We made some deeper, jazz influenced jungle tracks that he really loved and that then bled into doing slower tempo stuff. At some point we decided to separate out the jungle stuff and release that on Metalheadz as Zero T & Beta 2. That became the “Exiles EP”.

The “Searchlight” album is something we have wanted to try for our whole careers, but have never had a platform to try, so we are really grateful to G for giving that to us. I would loosely label it a jazz/neo-soul album, but we touch on hip-hop and broken beat also. We have brought in musicians to play parts, and a host of guest vocalists including some names DnB fans should be familiar with, like Pav4n, [ K S R ] and Steo etc. as mentioned earlier, the  first release is entitled “Breathe” and is out on Nov 5th on all platforms. We are all really excited to get this particular show on the road.

As we close up this interview, we at In-Reach can’t thank you enough for sharing your time and speaking with us in what seems a massively busy time for you.

Would you like to add any shout outs or add anything for your followers?

Just that I have plenty of ammo in the arsenal to unleash in the coming months and next year, and I hope to see you at a show in your city at some point in the future!

Thank you for talking with us in the middle of a busy schedule, it has been really enjoyable and I’m sure our readers will enjoy listening to your forthcoming release.

Big shout to Isha, Cian for making this happen.

You can follow Zero T on the following social platforms. 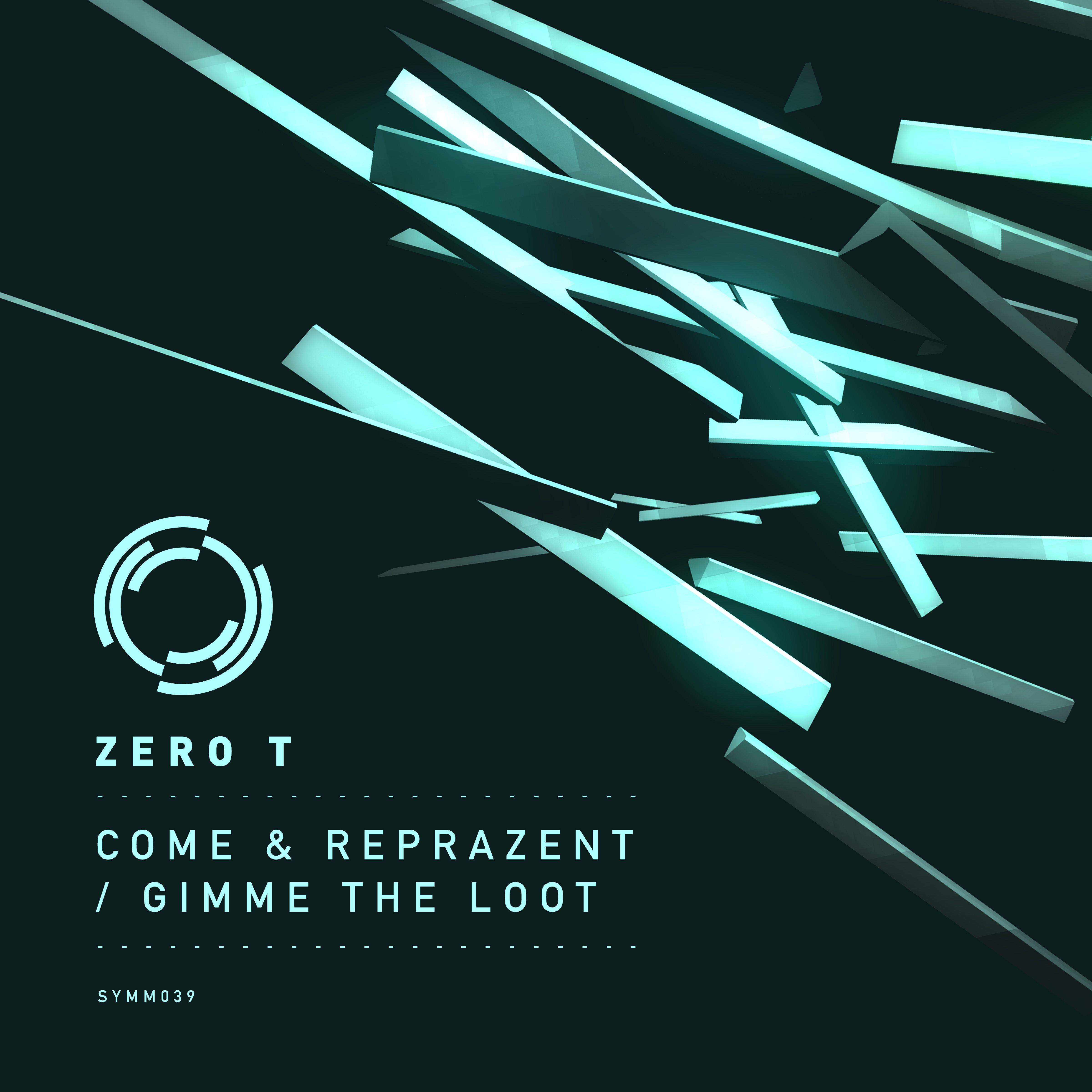