On Friday 18th November Uprise Audio will be celebrating 4 years running as a label with a party down at Surya in Kings Cross. Since its inception in 2012 the label has grown in to a house hold name in the dubstep scene with a consistent output of chart topping releases and legendary label night parties both here and across the pond in the US and Canada. We took this opportunity to catch up with label head honcho Seven and his partner in rhyme Joe Raygun to find out a bit more about the label and how they came to reach this 4 year Milestone.

SEVEN: The label has been like a baby being conceived, to then born and now growing into a child. It’s something we all embrace with love, like we do each other as a family and team. Our birthday party is a special occasion, not just because we have been running for 4 years, but because since we started Uprise this music has bought us all together, label family, friends and fans alike. To all be there together like that, 4 years down the line, all feeling the moment and soaking up the atmosphere, well, that’s gonna almost be on a spiritual level to me. I hope you guys feel same ways when we all get together and party on November 18th

JOE RAYGUN: For me it is all about family. I felt that from the first time I met Seven and Verity J (UA co founder) on a boat party at Outlook back in 2012, just as the label had started and 4 years later that vibe is stronger than ever. Family, friendship and enjoyment are the only motivations for doing what we do. We have no delusions of grandeur or aspirations to be anything other than what we are and the fact other people, like and engage with what we do is just a bonus. The primary reason for throwing Uprise Audio events is so we can all get together and catch up, play each other our new music and party, as we are all dotted around the country so don’t get to spend as much time together as we would all like. 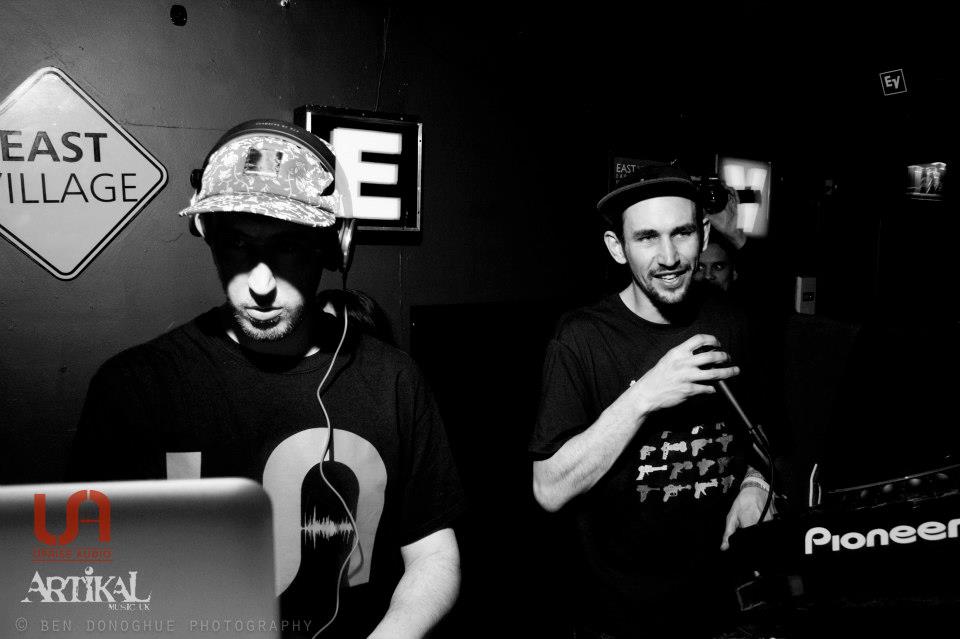 Even if the name Uprise Audio is not completely familiar with In-Reach readers and drum and bass fans alike some of the names who have been involved in the label definitely will be. Head honcho Seven started his musical career as a drum  bass producer under the name Eddy Woo gaining recognition with a number of singles on DnB godfather Andy C’s labels ‘Ram’, ‘Frequency’ and ‘High Lite Recordings. Joe Raygun should need little introduction to followers of In-Reach and Flexout Audio as one of their choice MC’s at recent events including Boomtown and also as one half of Co:Lateral. Asylum who is responsible for the labels second ever release and makes his return to the line up for the 4th birthday event should need no introduction as one half of the legendary DnB duo Vicious Circle. The label has also seen ventures in to the 140 realms from other dnb stalwarts including Ram Records Stealth and Critical Music’s Klax released their first three releases on Uprise Audio.

SEVEN: I come from a DNB background, so there has always been an element of that in my productions and in the output of the label. We have always been a label with cutting edge approach and i feel thats been strongly influenced by the mindset i grew up with as a producer, as well as from a young age being part of the Ram Records crew. It’s something that i will always bring to the table of influence as its part of my musical DNA.

We’ve also picked some choice dnb cuts from the UA back catalogue! Enjoy

Seven: From The Sky
https://sevenupriseaudio.bandcamp.com/track/from-the-sky

With the 4th Birthday event on the horizon something which both Seven and Joe have highlighted as important to the label is its parties and label nights. We asked events manager Raygun to recap some of his favourite UA parties from the past 4 years.

JOE RAYGUN: We have had some special nights together thats for sure! For those who remember the early days back at East Village i am sure will agree they were some special events. We had the launch party there and also colab events with Stink Like Socks and Artikal ( https://www.youtube.com/watch?v=d3MI5smBanY ) before the venue unfortunately got shut down in 2013. Our most recent London event back in April is one which sits fondly in the memory. We had Youngsta along as our special guest and our friends from New Orleans- Unicorn Fukr, Quickie Mart Werd2Jah over for it. It was a real highlight event with an after party to match!! But for real, the most fond memory has to be the Outlook Festival boat party in 2014! WOW what a party that was! We had the full crew in attendance on a sold out boat, in the sunshine at the best festival in the world. Something I will never forget!

We are delighted to have got an exclusive guest mix for In-Reach from head honcho Seven himself to celebrate 4 years of Uprise Audio and give us a taste of what to expect on November 18th .

SEVEN: The mix is all about expressing the different sides of our spectrum of music at Uprise Audio. Each section of the mix is a small sample of what you will hear us play at Surya on the 18th of November. Check it out right below