As the night came to a close, the final note on my phone was ‘B?eatttttts!!!!’, so ROM, despite being enviously young, had obviously done something right.

Retracing your steps through a night’s experience at Warehouse Project can be difficult with nothing to guide you through but a clouded memory and a series of notes on your phone with insights such as ‘?n5 Lone rturns…….ffkkitt choooon’. Alas this is usually an indication of a good night. Thankfully, after much sleep and occasional prayer, I was blessed to find that memories of the night had come down to me as in a celestial vision. Like a heavenly messenger, I can now relate it to you:Manny don Jon K opened things up over in room 2. It’s a difficult thing to get that slot right but an experienced controller like Jon K knows how to warm up the crowd nicely so the energy and mood is right for what’s to follow. The people were moving; I was moving; no drinks had been spilt yet. We were off to a flyer.

It was time to head over to Room 1 for Jon Hopkins who had been given a two-hour slot. This was one of the highlights of the night, as the amount of time he had meant he could deliver, with help from an interesting light show, a dynamic set of ebbs and flows, that by the end had risen to a high level of energy. 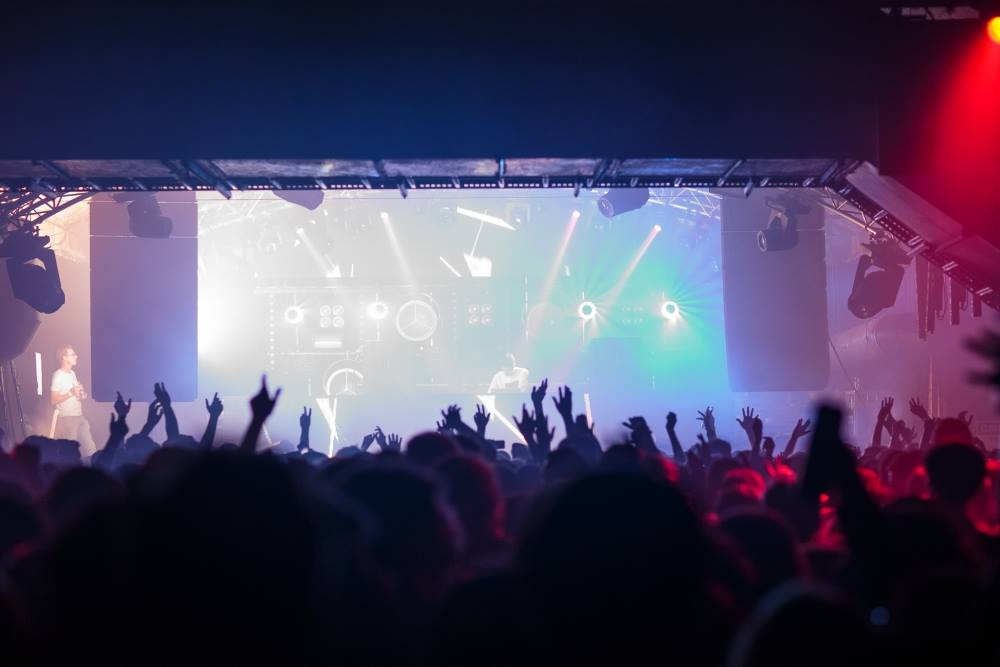 Gilles Peterson came on afterwards and kept us all moving whilst offering a counterpoint to the intensity of Jon Hopkins’ set. If it was Gilles’ dinner party, he would for sure be on hand with nibbles and drinks rather than ramming roast chickens into his guests’ faces right from the off.  In this pre-Bonobo period we also managed to catch some of Fakear in room 2 as well as the first section of Romare’s set. Romare was very impressive and definitely someone I’ll be looking to see in the future.

Not compus mentis but still able to operate a phone to check the time, I declared it now suitable to head back to Room 1 for Bonobo. During this set came that moment when an earthshattering tune comes on. In this heightened emotional state you aren’t sure if you know what it is. You kind of know what it is. What tune is it again?  Yess, I’ve got it! It’s a Koreless song isn’t it? Ah shit no… Well, I don’t have it exactly, but it is 100% a remix of a Koreless song. Which Koreless song? (You ask yourself). Alright calm down on the details there, I’ve helped you out so much already. (You reply to yourself). Satisfied, you quickly note down ‘..korrelss rmxx v gdd’ on your phone and then enjoy the moment.

When I first listened to Lone’s latest release ‘Levitate’, I looked forward to catching him play in the warehouse setting. I even got a job as a night shift warehouse operative just so I could listen to the colourful break beats in my earphones whilst restocking parcels.  And there are only so many fork lift trucks you can crash before the manager has a word. Going through that though made it all the more sweet to hear Lone’s characteristically muscular, energetic but also colourful rave set closing Room 1. He’s one of those producers who has that sought after skill of being able to make layered and atmospheric headphone music but also put together powerful dj sets and have it all cohere under what we have come to think of as Lone.

To finish off the night, we switched between Lone and Room 3 for some Soulection. Unlike those assorted vegetable squares they used to give us at school lunch, assorted Soulection dj sets are full of flavour and entirely good for your health. This has been clinically proven. Full of Olympic gymnastics quality flips Soulection sets are always a must. All you had to do was pop into Room 3 and you’d be up to speed on the latest soundcloud future beat wizardry from Hannah Faith, Sivey and ROM. The latter in particular played the role of the dj that I was very impressed by but also very jealous of on account of his only being 20.

As the night came to a close, the final note on my phone was ‘B?eatttttts!!!!’, so ROM, despite being enviously young, had obviously done something right.

Think you could write for In-Reach? Drop me a line at franklin@in-reach.co.uk (or any one of us) with your piece, you never know.