Will Marquiss & Michael Holliday are the production duo behind Mystic State. Hailing from South West England, they delve into the deep end of electronic music, primarily focusing on Drum & Bass. Their name is rapidly coming to the forefront of the genre. The diverse and unique styles that are infused in their tracks set them apart from the crowd which is refreshing to hear.

With singles and EP’s dating back to 2013, the West Country pair have a fair few releases under their belts. Labels such as Flexout, Blendits and Dispatch have welcomed Mystic State into their back catalogues. During their time the duo have built a strong relationship with Addictive Behaviour, a label which personifies their style and sound. Addictive Behaviour mixes up the perfect blend of cutting edge music from established and fresh new producers making this a perfect place for Mystic State to drop their ‘Versus LP’. 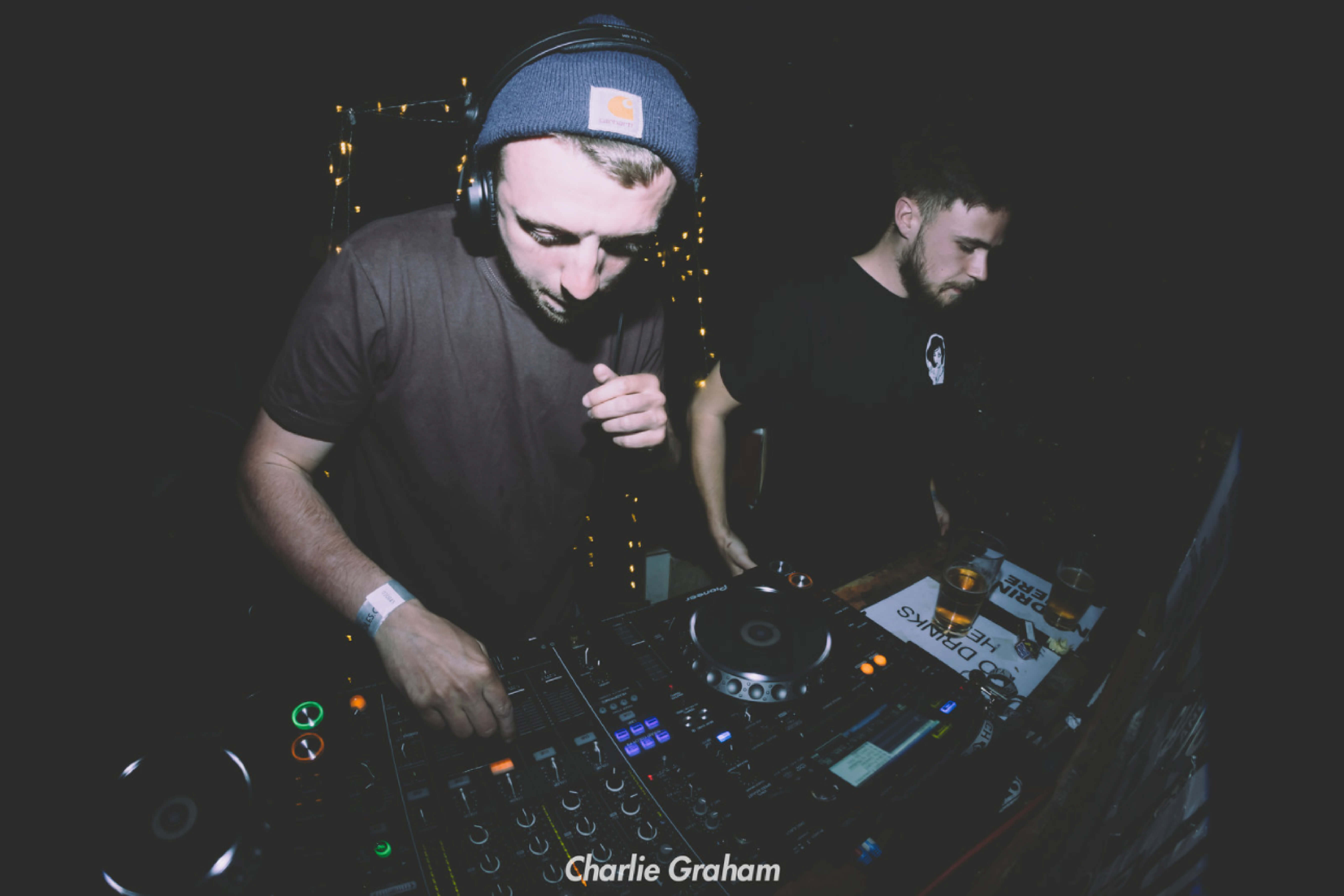 A fresh and exciting project that features 8 tracks featuring 6 different artist collaborations and a solo release from the pair. Here’s a little insight from the Mystic State boys into how this all came to fruition…

“To quote our style icon Bob Ross, the way this LP came about was a complete happy accident. The Addictive Behaviour chaps thought it would be a good idea for some members of the roster to put their heads together and write some collaborative music. We started off with “Shakedown” with Detail, a producer who has impressed and inspired us since we started this music thing. The track came along so quickly that we decided to keep going. “Chambers” with Third Degree was our next venture, and in the coming weeks we started bits with Philth, Wingz and Data 3, which flowed together so nicely that the idea of an EP was on the cards.”

“One thing led to another, and we discovered an old track we started with Xanadu nearly 2 years ago after we met him at a gig in London. We passed it back and forth until “Shenhai” was completed. By this point, we’d gone too far, and decided to LP the shit out of it. We made a VIP of “Under the Shadow”, and tidied up a solo track “Shottaz” and realised we had a full length piece of music. We enjoyed making this release so much, it was incredible to work with so many talented producers. If you enjoy listening to it even half as much, we’re happy. Big up to all the listeners, and to Clayton & Neil for supporting us”

The LP flows through multiple flavours which is to be expected when collaborating with the host of established and upcoming talent featured on the LP. From the stirring vibes of ‘Lost My Way’ to the progressive carnage that is ‘Shenhai’, the ‘Versus LP’ strikes a perfect blend that has always been epitomised by Addictive Behaviour.  Here’s some In-Reach favourites from the release…

Teaming up with another hotly tipped production outfit, Mystic State vs Data 3 deliver an absolute gem that took me completely by surprise. Throwing the rule book straight out the window, ‘Spirit Matter’ transforms mid track, going from the initial liquid intro it builds towards the second drop which switches into a flurry of growling stabs and flowing percussion. Serious tune.

For this ‘vs’, Mystic State enlist Third Degree. Having already collaborated multiple times with devastating effect on Addictive previously, I’m sure it was a no brainer to get them all back together in the studio for a contribution this LP. ‘Chambers’ is my sort of tune, one that is driven with the soul purpose of creating maximum dance floor impact. Watch out for this one as it is an absolute weapon.

Vienna based Wingz is another artist that has been firmly on the In Reach radar since his outing on Flexout last year, so we were eager to hear what the collaboration between him and Mystic State would deliver. ‘Midnight Call’ embodies a sinister touch which is driven through the track with the punchy, unrelenting drums that sit perfectly over the murky bass line.

Make sure you go and buy the ‘Versus LP’ release right here.

If you’re feeling those tracks and want to celebrate Christmas drum & bass style, clear the diary and come down to Bar 512 in Dalston, London this Friday 22nd December for the Addictive Behaviour Xmas Party. The tireless and dedicated team behind the label are pulling out all the stops for this one featuring certified badman DJ & Producer Philth headling, Mystic State rolling through for their LP launch set and also Wingz’s first UK set is just a taster of what is in store. This really isn’t one you want to be missing!