In case you didn’t know, this Halloween saw the release of a highly awaited project by one of London’s most enigmatic rappers. Some will know of Milkavelli’s antics and some won’t, but anyone who has followed the UK rap and Grime scene over the last half decade will have seen his name or face pop up somewhere. A man of many names and faces, Milk’s career can be charted in a winding but still calculatedly diverse path. Moving through styles and flows like they were skins to be shed, yet never compromising his true persona, Milkavelli has quite literally become a cult figure in the UK rap scene.

From ‘Monster Under the Bed’ (Children of the Damned, Macabre Brothers) to ‘Don Silk’ (Piff Gang) to ‘Milkavelli’ (Cult Mountain), its seems as if he has been at the forefront of UK rap’s underground evolution for almost a decade. Other than his ties to the industry, there isn’t much we can know about Milkavelli beyond the persona, which is testament to his cult status. From being part of London skate crew ‘Laigon Boyz’ to A$AP Mob affiliate to companion of grime forerunner Skepta, Milk has clearly embellished himself as one of London’s strangest rap characters, captivating the minds of a growing subculture, obsessed with drugs, music, fashion and mystery. 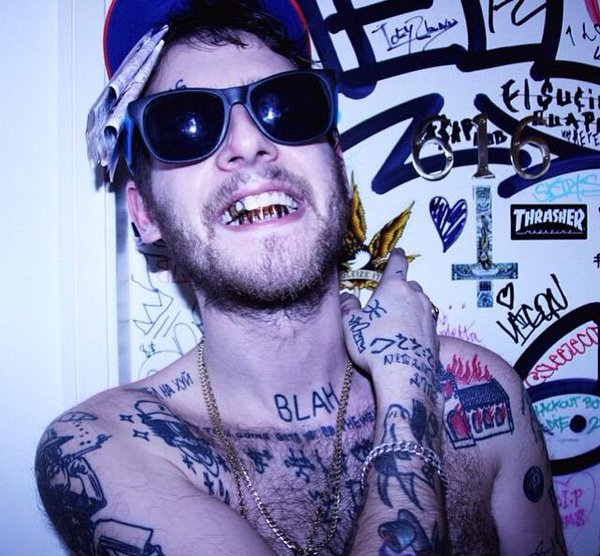 616God lives up to the mystery in which Milkavelli has shrouded himself. Coming as the third instalment from the Cult Mountain crew, the project features guest verses from fellow members Trellion and Lee Scott and is entirely produced by the wavy maestro, Sumgii (Problem Child, LDZ). The production is stripped back, smooth, strange and even eerie in places; it certainly holds testament to Sumgii’s diverse skill as a beat maker. The rapping is polished even for Milkavelli’s standards, with a characteristically laid back and witty style from the get go. Each track has a sense of individuality and purpose and continues to push the 616 sound into different realms of the absurd.

Although the project maybe short, there’s many a bar to enjoy within this 7 track line up. Personal standouts are ‘SACRÈ BLEU,’ an incredibly, infectiously refined beat in which Milkavelli’s playful bars take the forefront; “Pardon you…call me mother fucker well thats excused because I fathered you.” “GENERATION X” is another, giving us a rare insight into the sordid life of our drug addled youth from one with first hand experience. Overall though, its “ROTTEN MILK” that comes through as the winning track. A gloriously insane barrage of creepy sounds, the beat is decorated with smooth, medicinally woozy bars – Milk’s prescribed punchlines are guaranteed to be unlike anything you’ve heard – “Had a Scottish bird but that p*ssy got kilt, put that in your bagpipe and smoke it, while I put this in my crack pipe, i’m joking.”

616God is above all an intriguing project. Tracks like those above cement Milkavelli’s place as a skilled wordsmith with a progressive approach to his school of music. The interesting question, of course, is where Milk’s sound will go from here. One thing’s for sure, it won’t be generic. For those unfamiliar with this realm of UK rap; If you’re looking for a rapper to motivate you, or inform you about the hardships of life, then 616God is probably not suited to your tastes. If, on the other hand you enjoy the strange, and prefer to peruse eccentric and moronically poignant bars with double meanings, and drug references galore then look no further. LAAAA