Birmingham’s largest music event, MADE Festival, returns to the Digbeth Triangle on Saturday 29th July to showcase a selection of the best in live and electronic talent as well as some of the city’s most exciting and inventive street art, street food and venue spaces. Armed with the most diverse and exciting line-up to date, the UK Festival Award nominated event will return in the fourth year to The Rainbow Venues’ collection of industrial spaces within the Digbeth Triangle for a truly memorable weekend. 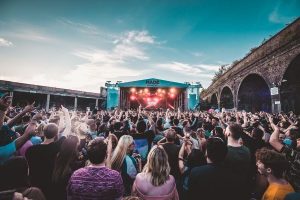 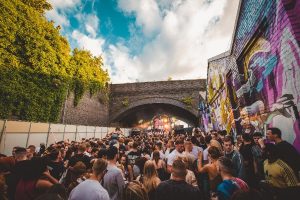 MADE Festival announced their first 6 headliners in Janurary via a live graffiti video (during which they sprayed the names onto a wall at the festival site) and revealed that Chase & Status, Giggs, Gorgon City, Sub Focus, My Nu Leng and Chris Lorenzo would be playing.

Capturing its character in a graffiti tagged line-up announcement, MADE Festival’s mission is to continue celebrating Birmingham’s rich music, art and street culture on every map Britain-wide. The phase one headline artists have established MADE’s 2017 presence, featuring the best in grime, drum and bass, house and garage.

With further programme details and new artists yet to be released, you can be sure that this year’s festival will be MADE’s most spectacular to date. 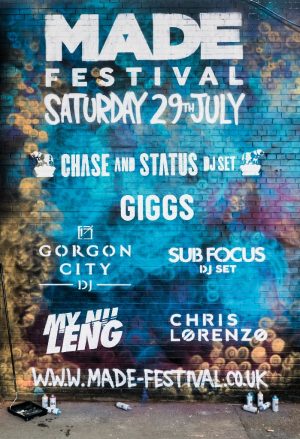 Tickets are available from www.made-festival.co.uk

The BOOM just got added to BOOMTOWN