Over the past few years you may have heard the name of a production outfit buzzing around the clubs and social media that have been causing quite the storm, Harry Hackett and David Stone aka Gerra & Stone have been on quite the run with some key releases on some reputable labels that has launched them into the foreground of the drum and bass scene.

From Proximity to Dispatch, Program and even RAM Records itself these two are showing no signs of slowing their pace. Gerra & Stone have in effect, literally launched head-first into the scene. 2014 saw their ‘Too Deep’ EP drop on Dispatch Recordings, which for me, concreted my interest in the duo and since then they have continued to feed my ever-hungry ears with more and more goodness.

1 year down the line since Too Deep, the duo are ever evolving and dropping some serious tunes in the process! Their latest contribution is on Ram Records sister label, Program. This is the second EP Gerra & Stone have dropped for the label and its as you might have guessed, absolutely brilliant!. The A side ‘Dnt U’ is a bouncy dancefloor number with a springy, jumping bass partnered with a powerful drum line, this one will definitely get you moving! On the flip is ‘Chicago’ a high-spirited funky track with more of a rolling feel. Bright, exuberant pads and barking bass stabs set in pace with driven percussion make this a refreshing and stand out track for me. We had a chat with the guys about the EP and get a little insight into their workings! 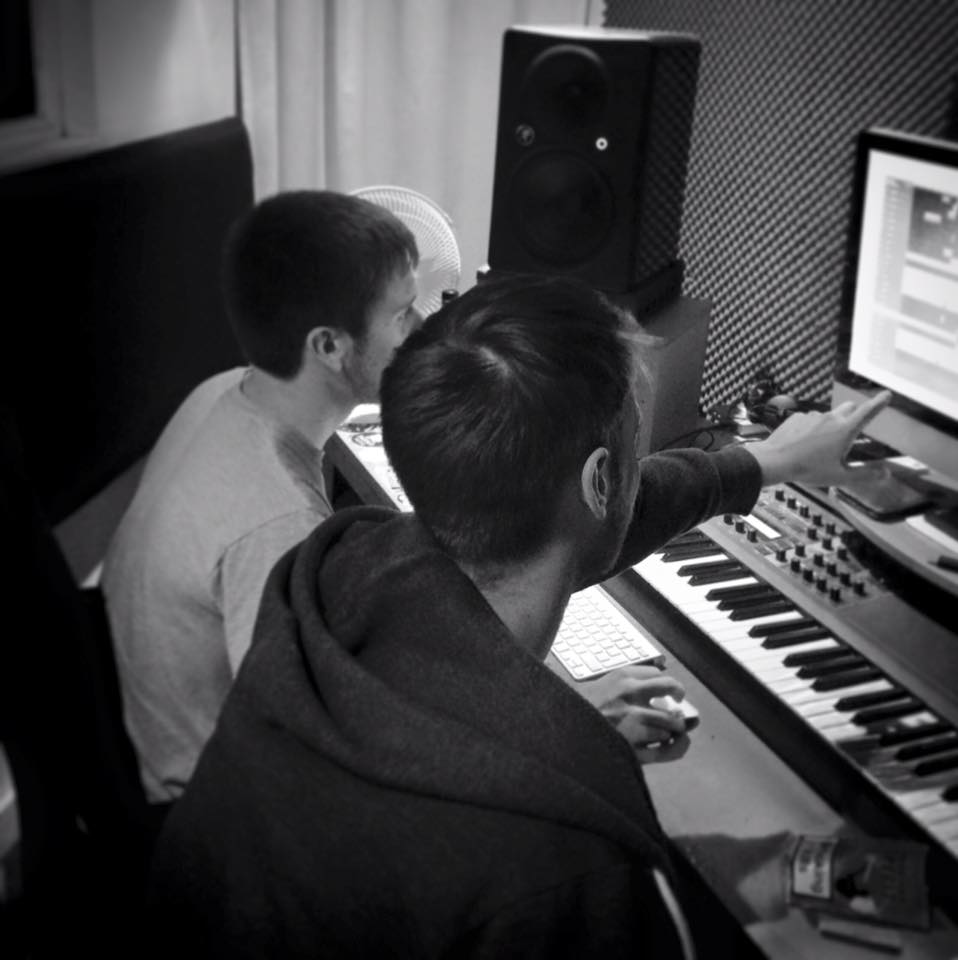 Easy chaps, how are you? This is your second solo entry for Program, how long as Dnt U/Chicago been in the works? And do you employ a different approach to the production as opposed to when you are writing for say, Dispatch?

Yo! We are good, deep in the standard winter studio hibernation period. This release has only been in the works for about 6 months from start to finish in total which is quite quick for us. The approach with these two tracks (as seems to be the majority of the time with us now), was to put a a different spin on the ‘Tech’ sound that we’ve become known for. In the case of ‘Dnt U’ it was about writing something around the old school disco Vocals, and with ‘Chicago’ the idea was to fuse some classic Chicago House (of which we are both big fans) style elements in there.

For me, you guys have shown a tremendous level of diversity in your productions, from tracks like ‘Dnt U’ to tracks like ‘Po`rdosol’ (I think i spelled that right) has this always been important for you, or does it just come naturally without intent?

A bit of both – its definitely important to us but also seems to come naturally, hopefully this is reflected in our catalogue of releases from this year in particular. As we’ve said before we feel that the huge range of moods/ styles/ influences you can incorporate into writing Drum & Bass music is second to none, so it would be impossible for us to stick to one sound.

Whats a typical day in the Gerra and Stone studio? Any rituals?

Normally start with a healthy lunge/ stretching routine before the session. Throughout the day we adhere to a strict hourly schedule of coffee and roll ups, and when the work is done we like to clock off at an authentic Vietnamese joint round the corner where we can enjoy live Karaoke with our dinner.

After an incredibly strong introduction to the scene over the past few years, what have you got in store for us in 2016?

Release wise in the immediate future we have a couple of collaborations out soon. The first is with West Norwood’s finest Amoss, due out on Xtrah’s label Cyberfunk. The second is with Cern – due out on the Dispatch 100th release early next year. There is also a remix project in the works of one our recent Dispatch EP’s, done by some artists we really admire.
Aside from this we are working on a rather large project as we speak – for the time being we’ll have to do the cliche’d thing and keep our mouths shut but all will be revealed in good time!

What artists are doing it for you in the scene at the moment?

As always to many to mention but Ivy Lab, Xtrah, DLR, Break … list goes on

Any advice you guys could give for aspiring producers?

Learn the rules and then break them. Let the music do the talking about don’t get caught up in the rest.

Any last words from you guys? Tours, Dates or Radio etc?

Shout out to everyone at Ram/ Program, and Dispatch for giving us the platform’s we’ve had this year with our releases – and to everyone who has supported them. Dates wise for the UK we’re in London, Bristol, Bournemouth, Leeds over the next few months along with some EU shows in Romania and Czech Republic. We’ll also be bringing the G&S sound to a new part of the world in 2016, but more on that in due course! Also producers can watch out for a masterclass video from us soon in conjunction with Point Blank college, as well as a sample pack on its way.

You can buy ‘Dnt U/Chicago’ now from most good online outlets!
Buy here