“We were, like a lot of drum and bass producers, proper white middle class blokes with degrees trying to be a bit edgy”

Chris Goss and Tony Coleman (London Elektricity) created Hospital Records, one of the UK’s most well-known dance music labels, back in 1996. Having initially started an acid jazz label (“Stuff like Jamiroqui”, says Chris) the business duo was left wondering what to do when the interest surrounding the genre diminished following the rise of trip hop and artists like J Dilla in 1994. Goss was eventually convinced by Coleman  to start making their own music in 1995.

“We were using an Atari computer and we had a massive mixing desk which didn’t really work”, Chris shares. “You had to plug stuff in and we had like a 3 second sample ability so it was hard to make music, but we had quite a laugh.”

Though 1995’s drum and bass scene was dominated by the likes of Fabio & Grooverider, Goldie and DJ Krust, the music Goss and Coleman were making was different. “We were, like a lot of drum and bass producers, proper white middle class blokes with degrees trying to be a little bit edgy” Says Chris. “We had all these tunes and we thought we’d better do something with it… so we started Hospital.”

Over the years Hospital has worked with some of the biggest names in the UK’s drum and bass scene. “I’ve worked with High Contrast for 15 years” Chris explains. “He did music for the Olympics in 2012. Your average kid in the street wouldn’t know who he was, but trust me, he’s earned a ton of money and I’m very proud of him. We were a massive part of affording him a great career.”

High Contrast is among the artists featured on Hospital’s 2017 anniversary album. Celebrating 21 years of Hospital Records, We Are 21 summarises the distinctive sounds that make Hospital the unique label it is. It’s those inimitable sounds that make for an otherworldly experience at live events, of which the label hosts around 70 a year. Last year, the first Hospitality in the Park welcomed around 6000 ravers.

“We started off doing shows at a little basement club in Shoreditch in 2001, then in 2005 we did our first ever big show at Heaven, a massive club in London. Then we did Matter, Fabric, Brixton Academy…” The list goes on. 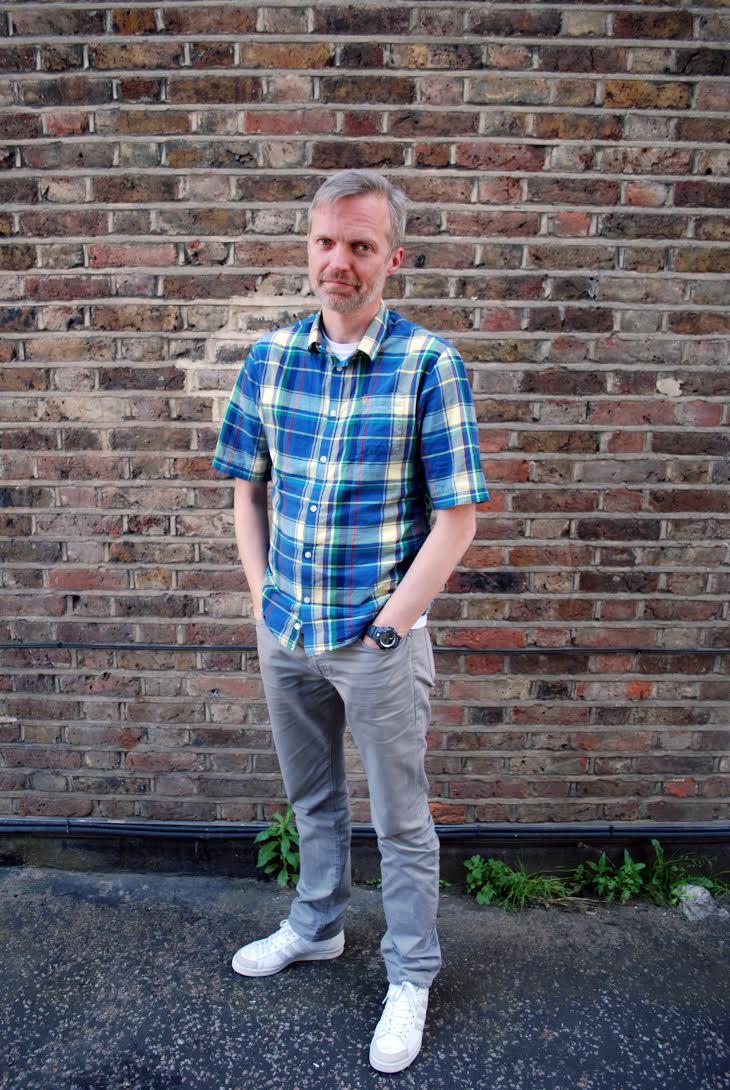 But it didn’t always come so easy. In 1999, Hospital set up their first album launch in a bar in Soho, London. “It was a massive fail in terms of my marketing ability and we lost about £500. But we put on a show and people were interested” tells Chris. “We did our first residency at Herbal in 2001 and this time instead of doing flyers we made patient cards, like you’d get from the NHS with all your details on. We went around London putting them in record shops and I thought it was really creative but people didn’t really understand it.”

However, some initial creative ventures did pay off. It was decided that the record sleeves for the label’s first releases would contain no information except a phone number. “So these first 5 records all went into record shops without anyone knowing who it is. I used to go record shopping in Manchester, London and Bristol and I’d get offered my own records!” Chris laughs. “They’d ask if I’d heard of this new thing by Hospital and I’d be like oh what’s Hospital? Finally we came clean and released an album. Thank god 21 years later we’re a profitable record label!”

The industry, however, hasn’t always been so profitable to Goss. He reminisces: “I went to college in Bradford and I started DJing in Leeds. I used to play for 6 hours for a tenner, so every time I played I’d be £10 down because my travel cost me £20!” He laughs. “But I wanted to be a DJ! I remember the first time I got offered £100 and a flight and a hotel and I was like oh my god! I went to Germany and I got put in a 4 star hotel and had amazing food, free beer and I got to play records!”

Despite being one of Drum and Bass’ more diverse UK labels, it’s not surprising that of the 24 solo artists listed on Hospital’s website, none were female. Like the rest of the music industry, drum and bass suffers from what is arguably either a lack of female input or a lack of female exposure. I pose the question to Chris of whether he feels a responsibility to seek more female involvement in the male-dominated scene, he explains: “I think that I am certainly more interested and fascinated by female talent on the production side of things because I see it very rarely. The problem is that I can’t sign someone when I think the tunes are a bit average just because they’re a lady.”

Answering the question of whether this was a case of women being overlooked, or rather that women weren’t considering the drum and bass scene as a place for their input, Chris responds: “I recently had 5 new signing conversations and they’re all blokes of a certain age, between 22-25. But there’s a young woman called Mollie Collins who’s coming out of Cardiff. The great thing about Mollie is that she’s a jump up DJ, and jump up is like proper midlands jungle drum and bass, ignorant and great fun.”

Mollie, one of drum and bass’ pioneering females, stormed onto the scene in 2015 and has since made her production debut this year with a collaboration with Rushmore. “It looks like it might really happen for her,” says Chris. “I think it would be a breath of fresh air. My god this scene needs a young energetic woman to come and smash the place up.”

It remains to be seen, then, why Mollie is one of just two solo female artists currently announced for  the Hospitality In The Park 2017 line-up. The second, Kyrist, recently did a guest mix for InReach that you can listen to here.

Unlike most labels of today, the ethos behind Hospital Records is “handshakes and cultivating relationships”. As an independent label, Hospital has been built on hard work and good music. So Hospital’s counterparts must love the label then, right? Wrong. “The logistics of putting yet another bloke on stage to press play is relatively easy. Everything around that is tremendously hard!” It seems, with popularity, comes competition. 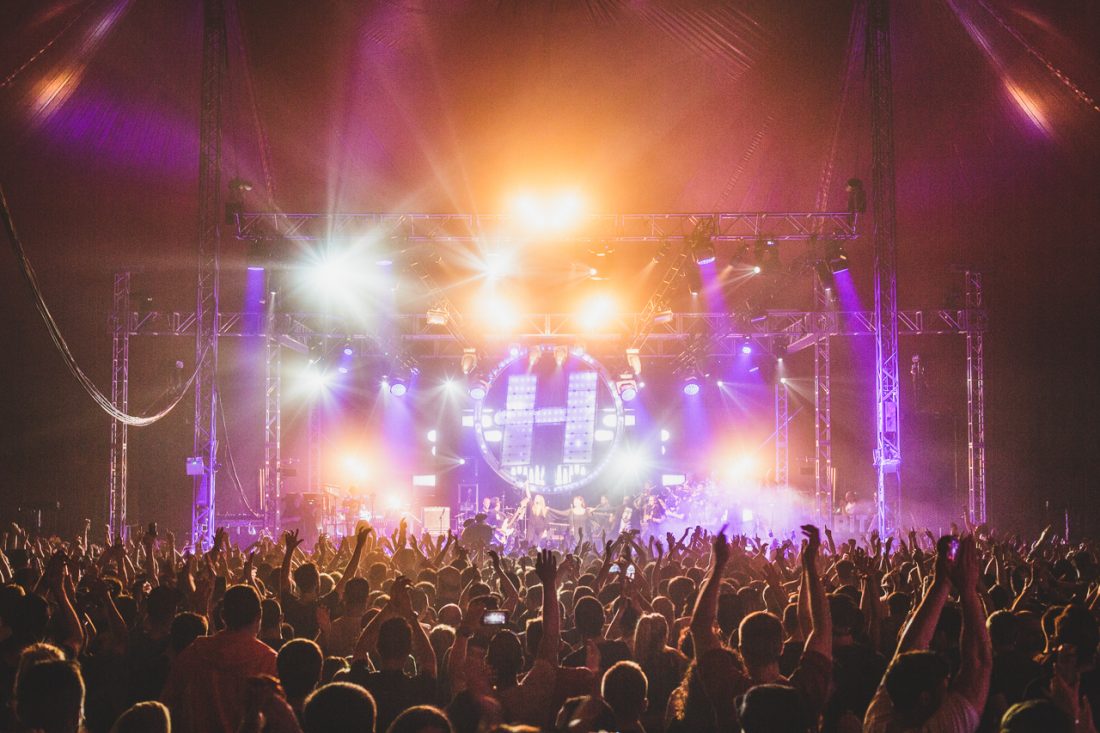 “They [promoters] offer double the money just so artists won’t play Hospitality events. They’ll put in exclusivity clauses saying you can’t play in London two months before or two months after, which will be when my show lands you know, happens all the time. We have to cultivate great working relationships. We have to believe in ourselves and the fact that artists do want to play our shows.”

Chris continues: “One of the good things about being in drum and bass is that a lot of the time people hate you.  A lot of the time, no one returns your calls. But this means you become very comfortable doing stuff yourself.”

As the conversation draws to an end, Chris shares a story that touches on the commitment from the fans, and what it means to him.

“I saw someone wearing a snapback with the logo in lights. It was this couple and I’d say there were about 45. They’re stood there with these matching flashing hats and I asked ‘Did you make those?’ and he’s like ‘hold on a minute’ and plugs his cap into his phone and it starts doing a light display! I’m like ‘wow, you’re mental!’ But It’s gold, that level of dedication…it’s fantastic.”