I swear it only seems like yesterday since DLR’s last album Seeing Sounds came out, and we are now about to receive the follow up titled “Dreamland”.

It’s impressive that DLR has had time to release another album so soon after the last one, coupled with all the DJing, collabs and remixes he has fitted in. You would expect a drop off in quality here, but DLR takes the foundations of “Seeing Sounds”, builds on that and raises the bar somewhat.

The digital version was bursting out the seams with 14 tracks, all brimming with quality as you would expect from DLR.
From the trippy flavours of Lucid Dreams (Intro), Living the Dream (Interlude), Decisions You Make in a Dream (Interlude), through to the gnarly and tough sounds of Trip Up, Wasting Time, Journey to Mars and then rounding it off with the smashing collaborations with Break (Wonder What it Feels Like), Signal (Unusual Behaviour), Mako (Anxiety Attack), Hydro (We’re All Wrong) and Gusto with the title track Dreamland, this feels like well-rounded album and not just a collection of singles bundled together. It’s very impressive work for a guy who is at the top of his game.

If I had to pick some of my fave tracks they would be:

Inna Dream (Interlude) – this tune reminds me of going for a breather in Room 2 at The End after a 2hr Andy C set!

The album is easy to listen to and doesn’t give your aural senses fatigue like many of the tracks you get nowadays.
Do DLR and Dispatch ever f**k up? 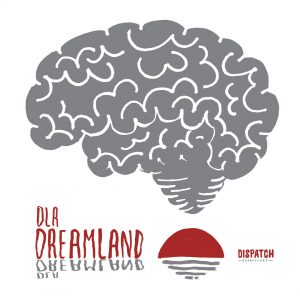