Context Audio is cooking up a storm. UKF definitely think so, as they named the label as one of their ones to watch in 2019. But it’s 2020 now, and boy does Context Audio have many treats in store for us this year.

Having a stream of top quality releases under their belt from the likes of Koherent, Wingz and Klinical, not to mention their involvement with the NHS Fundraiser: Stay At Home Festival and regular slots on Goat Shed Radio, Context Audio is on its way to being a label to be reckoned with.
The latest release on this stunning label is no exception to their rule of perfect, solid output. The Sunrise EP by liquid prodigy Changer features stunning vocalist Leo Wood and a remix by liquid bossman Phil Tangent. Also in this EP are two solo tracks highlighting Changer’s ability to create fluid, momentous music of crystal quality.
We had a chat with this talented producer ahead of his upcoming Sunrise EP to find out more about him.
IR: The Sunrise EP is stunning.

C: Thank you! Glad you like it. This release all came about around a year ago now, I’m quite good friends with all the crew that run Context Audio and send them tunes regularly. All of the tunes on this EP and the ones on my Lunar Records release were made within about 2 weeks of each other, give or take. I had a bit of a direction change in the studio and tried a few different techniques and Sunrise EP was the end result. Before this release I had never really tried my hand at sampling; I tend to focus more on making a lot of everything from scratch but this EP is very sample based which was a massive change for me.

So, who is Changer?

Well I’m a network engineer by trade and I don’t have any musical training whatsoever; I just figured a lot of the production side of things out by myself. I was drawn into Drum and Bass mainly by listening to Fabio & Grooverider on Radio 1 and discovered Drum and Bass from there really and didn’t look back. I think I was drawn in by the more energetic stuff, but I stayed after discovering the liquid side of the scene.

The viral reception of your Bicep bootleg really put you on the map for your clean cut liquid style.

Yes that bootleg was a bit of a funny one! I made it at least two years ago and it only took me about one hour to make, it was mad. I’d heard a couple of attempts at bootlegging it into a Drum and Bass version and they all sounded pretty junk as they changed the original tune far too much.

Technically it was very simple to make. I just wanted to be able to play Glue at parties because its such a good tune! So I made the bootleg, played it out quite a few times and didn’t think anything of releasing it into the world. I then played one of the Soul In Motion nights last year. After I dropped the tune in my set, Need For Mirrors instantly popped up next to the decks to find out what it was! He was so intrigued. That I think was the turning point when I knew it was good and it had to come out.
There is also a Need For Mirrors VIP of that mix floating around which might see the light of day in the future.

Mad times we’re going through! How’ve you been coping during lockdown… been writing much?

I fly quite a lot for my day job, so the brakes have been slammed on hard for that side of my life which is nice as it’s given me more time to focus on music. I only just made it back in to the country before the lockdown! Whilst I was out on a trip my return flight got cancelled which was a bit of a mess but yeah I can’t complain… I can still work from home both musically and professionally and have a roof over my head which is a lot more than some at the moment so I count myself very lucky.

You’re a versatile producer; your work ranges from chilled liquid to harder, deeper numbers. Is this a conscious decision to encapsulate these sub genres or is this mixed bag just what comes out?

Generally, it just seems to come out that way! My creative process is just to head down a rabbit hole and see what comes out, when I’m firing on all cylinders in the studio and things are working, I’ve learnt to not stop for anything and just roll with it. I am trying to move in a darker direction and I’m getting close so you might see some darker numbers from me in the future.

You’ve had the honour of Phil Tangent remixing the last track on this EP, Sit & Watch The Sunrise.

I’ve only known Phil for around a year, he sent out a message on his Lunar Records page asking for demos so I took a chance and sent him some tunes which really liked! So that became the Lunar Records release (Always/Neiu). I then sent him over an early draft of the Sunrise release late last year, he loved Sit & Watch The Sunrise and asked if he could do a remix.
That was surreal to be honest! Phil’s always been one of my favourite producers so that was an amazing honour to have him remix one of my tracks.

This is going to sound a bit mad, but I’d love to remix someone like Mefjus or Noisia… I’d just love to get my hands on the stems to see what’s going on in the mix! Those guys are such scientists I think there would be a lot to learn and it would be fun to pick through the parts.
As for me I don’t know that’s a really tough one, it would be fun to have someone like Four Tet or someone like Billain do a remix just to see what came out the other end. 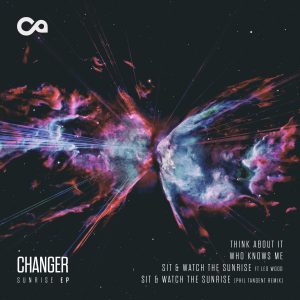