PSA to Register to Vote from Pola & Bryson and In-Reach

by Ellie Jones
in Features, Music

On Thursday November 14th, Pola & Bryson are heading a free event in Todmorden called ‘Your Voice, Your Vote’ organised by Susi Harris. As suggested by the title, the event wants to encourage people to Register Vote, as well being to listen to the beautiful sounds of Pola & Bryson on their homecoming, there will be a free pint offered to those who can prove they have registered or those who do so there at the event. 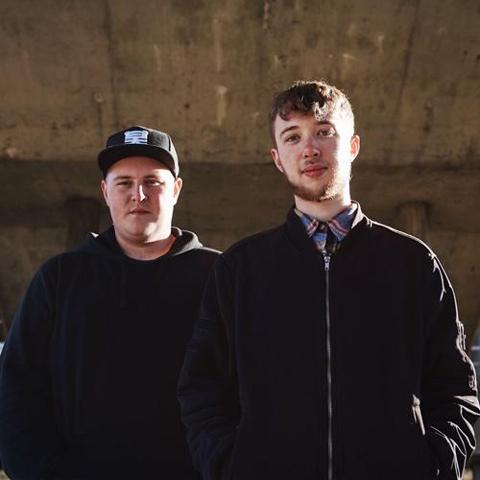 This event promoting political participation speaks to the idea of the dance floor as being a site of ‘Collective Joy’- an experience of solidarity that many (left) Social and Cultural theorists could inspire more people to come together politically. Collective Joy is not just happiness of a group, but the enhancement of the body’s capacity to act and to act with others. This idea goes back to the 17th Century philosophy of Baruch Spinoza who theorised that positive affect or feeling is all about the augmentation of a body’s capacity to act. Being on the dance floor not only brings us in touch deeper with our own moving body, but also with the bodies of others.

For Political Philosopher Jeremy Gilbert (who also runs a night called ‘Beauty and the Beat’ in London), Collective Joy is so important because Neoliberalism tries so hard to supress it. Neoliberalism is the current order we live under; implemented by Thatcher it promotes the Free Market and individual competition over all else. It is notable in this context that Thatcher’s government found Rave Culture so threatening and attempted to prevent groups of people from gathering and listening to music through the 1994 Criminal Justice Act. The ideology has been argued by many as the root of current problems such as growing inequality.

What motivated you to create the event?

Susi: I think it was a combination of a) hearing something on the radio about the demographics of people who voted leave (generally older) vs Remain (generally younger) and another thing about how many people are not registered (around 17% of those eligible as at September 2019 – which is 9 million people – the majority of whom are young people) and thinking about the need for young people to have more say this time…

And b) having had a chat to Harry a while ago about his desire to bring his particular brand of liquid DnB back home but a bit frustrated that one local club (which shall remain nameless) had turned down a previous offer by his mate Alex saying ‘DnB is trouble’! I couldn’t believe it, I’ve been to a few Pola and Bryson gigs now and vibe has always been really good, people all friendly, smiling and – yes – I didn’t know the word for it – but I think it IS collective joy!

Do you think there is a connection between people coming together physically with the idea of becoming political?

Susi: Hmm I hadn’t thought about it that way round!

I believe we are ALL political but not always aware of it – if you pay taxes, if you get benefits, get a student loan, pay rent, have health issues, transport problems, you name it, if you care about any of these things you can use your vote to influence it.

I think when people do come together because of politics, the physical connection helps to solidify their political beliefs and build their enthusiasm, feeling they are part of a movement and that all your votes or actions working together is so powerful compared to doing it on your own. (Which of course is another example of collective joy now I come to think about it!)

But with this gig I hope we will get some punters who don’t see themselves as political but are willing to hear why they should register to get that vote they can use to do political things with. Like, you’ve got no chance of winning the lottery if you don’t buy a ticket! And it may be the joy induced by the music and being a part of the collective, all feeling it together, is going to take people to a new place where they feel inspired to do new things…..

Why did you feel it was important to take part in this event?

(Harry Bryson): Well for starters my mum putting on the event which of course is fantastic, but also a no brainer for us to help try and encourage young people to vote. I don’t think a lot of young people realise how important their vote can be, to this area especially where the top two parties are divided pretty much equally. For us there are a lot of problems with our government which can directly effect what we do as artists. Leaving the EU for example could really have a negative influence on our bookings in Europe, and the same for many other artists in the UK.

(Jack Higgins): If we have a chance to potentially help swing that constituency in the next GE, even by the smallest of margins, then its 100% worth doing. And no doubt it will be a great night. All credits goes to Susi for putting on this event.

Do you see a connection between our experience of the dance floor and politics?

(Harry): I think it’s really important that ravers are aware of politics to some degree. Take Fabric for example, one of the most infamous venues in the world, the council almost won their battle to get it shut down and turn it into more property for financial gain. But the public spoke back and donated enough to get it reopened. Politicians may not be aware of the effect that closing down music and entertainment venues has on the community and the diverse culture that it brings in for the UK, that’s why events such as what happened with Fabric can help them realise how important music and arts are to the country.

(Jack): People also need to be aware of the cuts to the arts industry, because if we’re not careful we could let a small group of politicians make the UK an incredibly boring place, which is no good for anyone nor is it good for tourism which would also be bad for any government.

Whilst D&B can be consumed anywhere through the private intimacy of headphones, I think the pull of the scene comes from going to events, when your body becomes part of the larger body of a crowd all on the same vibe. It’s not just about experiencing an individualised hedonism, but the draw is from the experience the whole group is having. I’ve been thinking there may be something here in just why Urbandawn’s take on the Beatles’ Come Together has been so very popular this year?

Outside the dance floor, life under Neoliberalism and Advanced Capitalism is completely opposite to this- we exist as individual islands set up to compete with others. This atomisation of the life of the individual extends beyond the working world. Our experience of music can be taken as an example. Centuries ago, going to a concert and experiencing live music in a large group was the norm, as technology and capitalism simultaneously advanced, with the invention of HiFi we got the private living room listening experience, and now with headphones we have a situation where music is primarily experienced as a solitary individual.

Of course there are positives to this, but it is clear that as a society it has become rarer and rarer to access visceral experiences with other people. Not only has this process been emotionally isolating but it has also increasingly prevented our ability to politically organise ourselves which is bad because this means we are stuck in this shitty system of competition and exploitation and are unable to change it.

Instances of Collective Joy enable us to collect with others and opens up the space for further collective organisation. There is a long history of dance and protest- the recent importance of the use of sound systems for Extinction Rebellion is an example of this.

Whilst we can’t all get up North on Thursday for Pola & Bryson’s event, we can still think of the energy created on the dance floor through Collective Joy and how this energy is what we vitally need to transfer into a politics built on solidarity between people.

For further information I recommend: