by Franklin
in Articles, Music, News

Ever since AJ Tracey dropped ‘Spirit Bomb’ eighteen months ago, we’ve seen him transition from an underground grime MC to one of the biggest players in grime, banging sell-out shows from here to Asia.

Over the last month AJ has released two singles from his debut-retail EP in the form of ‘Buster Cannon’ and more recently ‘Pasta’, both accompanied by equally aesthetic but polarised visuals. The EP, released under his label My Team Paid (that’s what MTP stands for), is called ‘Lil Tracey’, representing his transition from having street status to having status, full-stop. After rinsing the EP non-stop since it dropped a week ago, we’ve concluded that it’s a flawless project exemplifying his impeccable trademark flow and lyrical talent atop world-class production, and most importantly it BANGS.

The Tracks- One by One

The opener ‘They Said feat. Bonkaz (Prod. Mazza and Faze Miyake)’ hits hard, calling out haters from the off and showing them how wrong they all were; ‘Fuck what they said cause I’m here, Doing it big like Pun, Bet you thought I was gonna say Zuu.’ Every other lyric has me scruing.

This is followed by ‘Buster Cannon (Prod. Tre Mission)’, released a month ago and ever since has been doing the rounds in raves all over the world. If you thought the video has Asian influences, you’d be right, as it was filmed in Tokyo during his Asia tour in October 2016. ‘Ask a peng if she heard ‘Packages’, Yes? Off pant, take off the panty’

On a completely different vibe AJ transitions into ‘Capri Sun feat. Chip (Prod. Baza)’, an upbeat instrumental with a definite summer feel to it, with both AJ and Chip flawlessly riding the skippy beat. ‘I got a brother who don’t even have an Apple ID, that will hold his finger down until the Mac’s done’ double entendre for the masses.

Released several days before the EP and with over 600k views already, one of the anthems is ‘Pasta (Prod. Nyge)’. It’s more of a trappy banger, moving away from his usual cutting speed, but this is the tune that has everyman and their nan getting on a wave ‘Every time I step up in the place, Girls all tryna get up in my face,” Oh my god, it’s AJ Trace, Baby boy, I wanna be your mate.” Trust me, when I bumped into AJ and Zuu in Dalston a few weeks back (pic below), the girls were all over them. My favourite lyric from the album is on this track too “Always got my hood up like Kenny, no-one killing me tho I’m the man…” 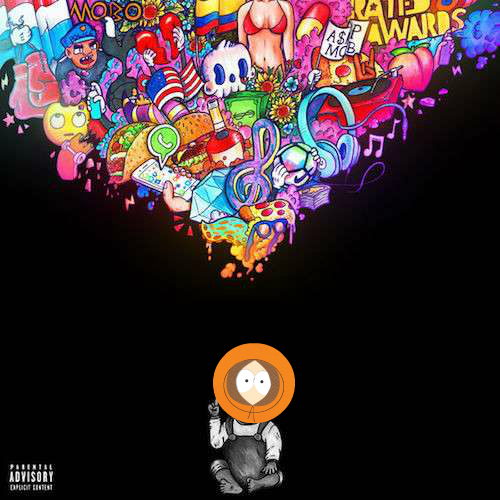 ‘Luke Cage (Prod. Tre Mission)’ is AJ’s personal favourite song on the album. For those of you who can’t afford £6 a month Luke Cage is a Marvel Superhero with bulletproof skin and super strength. ‘I got my hoody down over my face, and you can’t send shots like a man’s Luke Cage.’ Typically, his lyricism exceeds the norm, ‘sending shots’ referring to mic sends, none of which worth anything have ever come his way.

The sixth and final track on the album is ‘Hating on Gang feat. Remy Banks’ which acts as a cold, hard outro to the album, and is personally my favourite from the EP. The track runs a sick minimalist instrumental and Remy Banks is a fitting feature. ‘How you saying west is booky, that’s rude, I’ll chef man down on God for my crew’. This song itself has an outro saying ‘And if a opp is on my arse, I’mma grip it and blast
I’m the truth, go tell them n****s the realest will last’

Lil Tracey’s not so little anymore.

Catch AJ on his first solo nationwide ‘Lil Tracey’ tour, tickets can be found at: http://ajtracey.co.uk/ 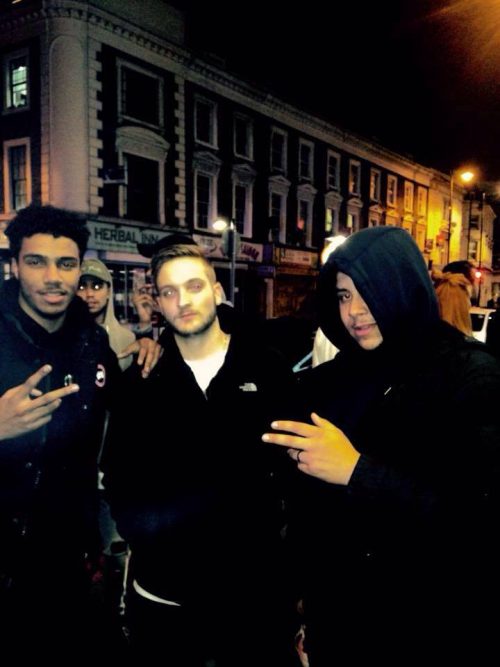