“You will not be disappointed when you hear the sound of the drum and bass music played at innerSoul nights.”
Bringing you a more soulful edge yet maintaining the deep and dark rhythms. It’s all about the party vibes and music at innerSoul nights. The positive energy from the crowd always seems to shines through, from start to finish. The last ever night (for venue only purposes) held at Plan B in Brixton took place on 29th May 2015 and what a banging night it was! We bumped into familiar faces all over the place, stayed right to the very end and partied with the remaining original inner-soldiers who just couldn’t get enough of the bass.
The people who appreciate good drum and bass music are usually found on the dance floor at innerSoul
We all went absolutely nuts to the likes of D Bridge, Lenzman, A Sides, Jenna and the Gs as well as other well known artists for the last line up at Plan B. Massive shout outs to all the positive ravers that partied together as one, your vibes were on point  😉

The last innerSoul in Brixton was packed out, some might say a landmark event but all would definitely say, a night to remember. But it’s time to make way for the new and in come with Plan C! Yes we had some mega good nights at Plan B but here’s to another chapter. Where ever the innerSoul vibes take us, we will go!
Still going strong and moving forward as we say goodbye to Plan B in Brixton and say a big hello to an innerSoul night at Lightbox in Vauxhall 2nd October 2015. Big respect and vibes going out to the innerSoul family, you lot smash it every time!

Check out the line up!!! 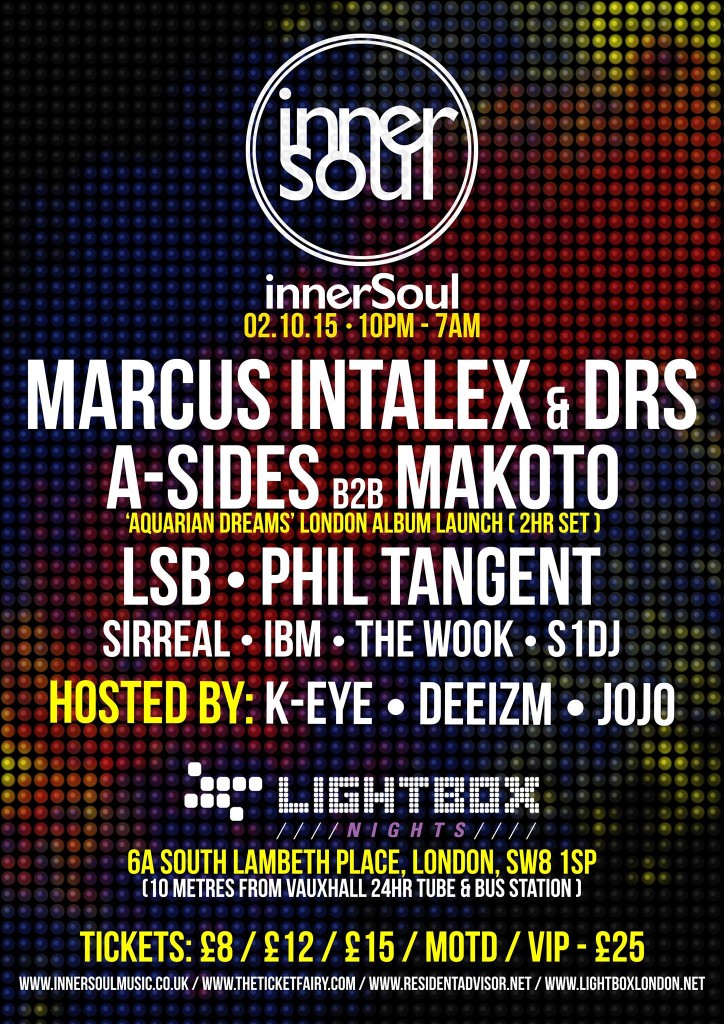 You can be sure that the innerSoul crew will always be cooking up a fiery line up. We’ll be looking forward to the sounds of Marcus Intalex, DRS, A-Sides back to back with Makoto; Phil; Tangent; LSB; lyrics from some talented MCs; as well as the usual original inner-soldier resident DJs, who smash it out the vibes at the very start and end of the night.
The innerSoul family continue to spread their unique energy into the London underground drum and bass scene and create opportunities as they go along. They most recently put out a DJ competition inviting up-coming DJs to enter in the aims of winning a set at the next night happening at Lightbox.
MASSIVE CONGRATULATIONS to the winners Dj Sweetpea & Ascension for reaching the final of the innerSoul DJ Competition 🙂
Listen to the winning mixes here –
Sweetpea
Ascension 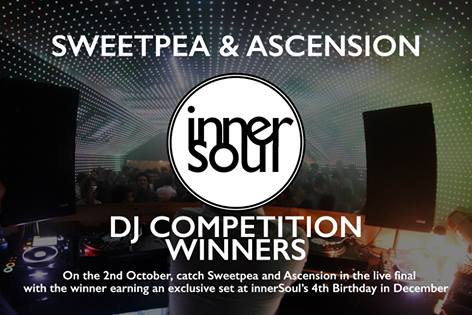