In light of the exciting announcements surrounding his forthcoming movements, it’s evident that pillar of the drum and bass scene and first-class master of ceremonies, DRS, is having somewhat of a creative spurt right now. Following the resounding success of 2012’s ruggedly soulful ‘I Don’t Usually Like MC’s But..’ LP; the illustrious MC has maintained an impressive work ethic with strong collaborative efforts and a continued appreciation for all that is good in Drum and Bass with appearances on tracks by scene heavyweights Foreign Concept, Enei, Lenzman, Jubei and Calibre and not to mention furthering his inspired approach toward great music from beyond the confines of 170 music with collective ‘Toddla T Sound’ and recent live project ‘8 Gold Rings’ featuring the vocal talents of Jenna G, Shola Ama, Terri Walker, Fox and more.

[dropcap]B[/dropcap]ack on his grind and showing no signs of slowing to take a breath, the potent wordsmith is poised to drop yet another full length album, his second to date, snappily entitled ’Mid Mic Crisis’ through fellow Mancunian Marcus Intalex’s label titan Soul:R; having teased us with the occasional hype tidbit in the lead up to the forthcoming release in spring 2015. The most substantial of these being our first taste of ‘Mid Mic..’ in mid-January 2015; with the fantastic album sampler including riotous call to arms ’Puppeteer’ and the thoughtfully aware ‘Emergency’ featuring the talents of Jubei and Intalex on the dials respectively – A scintillating taste of what’s to come from the MC.

The thing with DRS is that he doesn’t just know good music; he lives and breathes it, which is indisputably evident when pondering across his discography of collaborations; paying a moment’s attention to the calibre and frequency of event’s that he hosts, or taking stock of his place as Drum&BassArena Awards ‘Best MC’ 2013 winner. The guy delivers consistently both on stage and in the studio with a professional merit and appeal that has rightfully propelled him to the top of the current roster of modern MC’s and thus into the collective heart and soul of the drum and bass community at large.

Having whetted our appetites for the tuneful side of his wares on Toddla T’s BBC Radio 1 show from the Maida Vale studio last week; DRS performed his forthcoming A-side ‘The View’ aside singer Tyler Daley, along with the title track from the ‘Mid Mic Crisis’ LP, plus gorgeous renditions of the beautiful ‘It Ain’t Easy’ and the darkly romantic ‘Soul Remember’ from his previous album ‘I Don’t Usually Like MC’s But..’. He appears to be an artist who is fully inspired and creating in the moment right now. 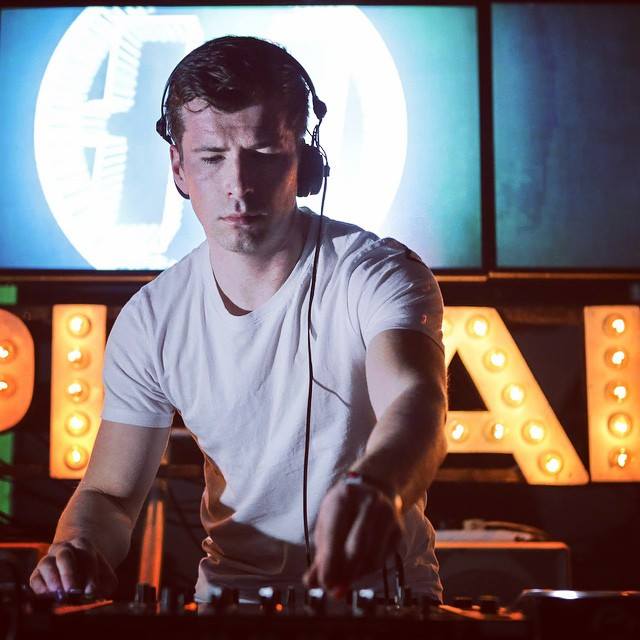 Today marks the release of the second 12” from his forthcoming album with ‘The View’ featuring the uplifting production finesse of LSB and the vocal effervescence of Tyler Daley. The B-side of which is a treat; a wickedly steppy VIP of DRS and Enei’s 2012’s dance floor hurter ‘Count To Ten’. ‘The View’ epitomizes DRS’s unflinching approach to the more emotional side of the genre, an appealing component in his work; eloquently depicting the complicated throes of love and loss. The vocal performance given by Daley is something of beauty, which in combination with DRS’ profound wordplay and the soulful nature of LSB’s piano driven liquid drum and bass, marks this phenomenal track out for heavy rotation in clubs and across the airwaves.

Dangerous and vexed, B-side ‘Count To Ten VIP’ takes a step back from the chart appeal of the first track to provide material for fans of the MC’s more hostile sensibilities, with a hard hitting re-imagination of the revered recent classic. This militantly steppy VIP, reconfigured by versatile wunderkind Enei; stabs, snarls and contorts with breaks scattered left and right atop skin crawling atmospheric pressure, as the track builds to paint an intoxicating rising tide of all out warfare. Fire like this is certain to call upon an outright shout-a-long in the dance much like the original did!

‘The View ft. LSB & Tyler Daley / Count To Ten VIP ft. Enei’ is out today; available on digital and vinyl formats from the Soul:r store here and all good record stores.