[dropcap]”N[/dropcap]ew Dom & Roland album on Metalheadz”. If that phrase doesn’t send a spark of excitement through your torso then are you really a drum & bass fan? Probably not, or maybe you’re just not in deep enough yet, if so then let me fill you in on some facts. Dom & Roland has been a figurehead of the drum & bass/jungle scene since he began releasing music in the mid 90’s with ‘Volume 1’ on Saigon; a sub label of the revolutionary tech step imprint No U Turn. After a couple more releases on Saigon, Dom released a 12”: You’re Something Else/Interstellar Jazz, on the pioneering Moving Shadow; one of the most revered labels in dance music and the home of his first album entitled ‘Industry’, released in 1998. After around 9 years of releasing his pristine production on Moving Shadow, Dom began his own venture with Dom & Roland productions, where he continued his work for a number of years, until his long overdue debut on the almighty Metalheadz erupted onto the shelves in 2014. The combination of Dom’s aggressive, hard hitting style and the ever-present, unrivalled quality of Goldie’s Metalheadz was always destined to produce something beautiful, and that’s exactly what ‘Last Refuge Of A Scoundrel’ is. Beautiful music.

The musical prowess of this album bursts through immediately as the the delicate first few notes of the A side of sampler 1 ‘Sirens’ ring out, with a sound somewhat reminiscent of the opening notes of Frédéric Chopin’s Nocturne Op. 9 No. 2 (a bit of classical music that it took me a good while to find the name of). The dramatically impacting vocals of Robert Manos help build an air of intensity as a prelude to the powerful jittering drum pattern that echoes through the track. A teasing false drop follows the breakdown and builds the anticipation for the bass infused mayhem brought by the second drop. An absolutely blistering opening to the album! The flip side brings more of a gritty roller in ‘Tone Poem’, a track with a drop that wouldn’t be far from home in the early 00’s era of dnb. This one has the power to destroy any dance and was no doubt a heavy contributor to the neck injury Dom suffered in the making of the album! 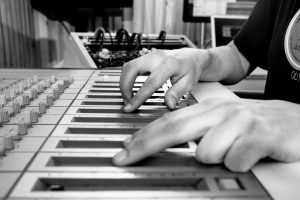 The second sampler is home to one of the album’s few collaborations, ‘DMT’ which features Hive. Despite originally starting out as a solo album, Goldie insisted this collab (left over from a previous project between Dom and Hive) featured on the release, and its clear to see why. After an initially unassuming intro, things begin to wind up and make way for the erratic punchy bass drums and crashing snares, which together form the tracks animalistic overtone. This wild nature of the track is also evident in the drastic switches in mood as we go from the soft breakdown to the unforgiving second drop. ‘Inna Soul Jah’ occupies the flip side and similarly to ‘DMT’, it begins with a somewhat soothing intro which soon descends into something darker. What sounds like the beating of war drums leads us into the drop where another crippling drum break blares out of the speakers before we’re met with a tirade of sub bass a few bars later. Things quickly calm as we enter the breakdown before round 2 of the onslaught brings us crashing back to reality!

On to the main 3 plate release now and things kick of with ‘Sacrifice’, which features some passionate vocals from Natalie Duncan, whose voice, in its effortless emotion, reminds me of the late Dianne Charlemagne. Natalie’s contribution is accentuated perfectly on the intro with just the right amount of breathing space, until the drums take the front seat amidst a cry of “sacrifice”. The standard heavyweight production that we’ve all come to expect by now soon comes bursting out of the speakers to complete another serious piece of drum & bass music. ‘Steam (The Final Chapter)’ occupies the B side with an intro that has the feel of a more electronic adaptation of the famous twin peaks sample from Moby’s ‘Go’ (you might get what I mean if you compare it with this outrageous Dylan track with the same sample). Dripping keys set the background for the deep dark horns that lead to the drop, where a running drum break maintains the flow in this almost Hardware style roller!

Coming in with the second vinyl of the main release we’ve got a couple of tracks that aren’t for the faint hearted. ‘King Of The Hustlers’ kicks of with a wicked little vocal sample from the 1984 movie ‘Beat Street’, before a sonic ambush begins with a wild mash up of sounds all coming together to form an absolutely dangerous track that your mum will probably keep telling you to turn down, unless she’s cool. Over on the flip we have ‘Rockers’, which is pretty self explanatory; this one will have your head rolling all the way through to that wobbly bass line; definitely one of my picks of the bunch. 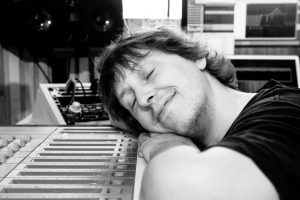 Side E calms things down slightly after the two heavy tracks on the previous plate. ‘A New Renegade’ slowly builds with high pitched keys and vocal cries during the 2 minute intro before some very raw old school analog sounding drums enter, carrying themselves in a way that would be associated with the early 90’s era. The progression continues with the rising pitch in the pads before everything comes to a head with the panicked electronic synth, which clears the way for the deep elongated bass line that runs through the rest of the track while the drums smoothly ride atop it. This is one I could have on repeat all day and not get bored; music thats simply pleasing to the ears, and the same can definitely be said about the final track of the vinyl release ‘Innersense’! Whereas in many of Dom’s tracks, it’s the deadly drum patterns that are the main feature of the track (for me anyway), ‘Innersense’ is definitely revolved around the steamer of a bass line. Again we’re eased in with calming ambient tones on the intro that juxtapose with the neck breaker of a drum break that enters shortly after. A few bars in and the deep, dark and oh so weighty bass line shows itself and forces the rest of your body to join the groove that your head’s been engaged in since the drums rolled out. It’s an extremely tough contest but I think this one might just have to take the title for tune of the album for me; it’s worth bagging the 3 plate vinyl pack for this bit of wax alone!

We’ll finish things off with the two digital exclusive tracks on the album: ‘Through The Rays’ and ‘Outcast’. Wax heads will be sad to see ‘Outcast’ not make the vinyl release in what must have been a bloody difficult decision on which tracks to leave out. Another chest rattler of bass line here but this time accompanied by a stomping drum break, which goes a long way in creating the late 90’s tech step vibes that are bursting out of this track. This ones already been causing some havoc on a few dance floors (I’m pretty sure this is the culprit that nearly blew my face off down the front of Dom’s mind melter of a set at Outlook this year) and there’ll be plenty more to come. Dom really is an artist of the intro as he’s shown so consistently throughout this album and his career, and there’s no change for the final track ‘Through The Rays’. The atmosphere builds with the addition of each subtle element; the catchy vocal sample backed by the faded entry of the rolling drum break provides perfect preparation for the surly growler of a bass line. The different moods of  each feature of the track all seem to compliment each other in just the right ways, giving a real personality to the music, which is something that the whole album has in abundance. This album is unmistakably Dom.

So don’t waste any more time, bag your copy on your preferred format over at the metalheadz store and get groovin’!