It’s hard to stomach, but one of the best drum & bass DJ residencies/nights has come to an end.

When we heard in November that Andy C was to make a club called XOYO his temporary home every Friday night, no one really knew what to expect. In an age where drum & bass DJ residencies are relatively rare due to label nights ruling the roost, this was highly anticipated. Over the last 13 weeks “Andy C @ XOYO” has hosted a whole cross section of drum and bass talent; DJs such as Randall, Storm, TC, Subfocus, Dillinja, Ed Rush, Optical, Ivy Lab and Calibre to name a few – styles and flavas to satisfy all ends of the spectrum.

We at In Reach have attended several nights, and take it from us, each one was absolute fire! That brings us sadly to the final week of this magnificent night that has been the staple d&b event for the first quarter of 2017. Andy has been unbelievable with his mixing, tune selection and energy during the past 12 weeks, so week 13 was going to be something special for the people in attendance as he was holding the fort “All Night”. Big shout goes to Barrington who took the reins in the main room until Andy stepped up.

What I’m about to put down in writing will not do the night justice, not even close. It was one of those special nights where you simply had to be there to take in how amazing it was.

As anyone knows, Andy C goes in immediately at 100mph and this was no different: a triple drop containing Original Sin’s “Therapy”, Dillinja’s “Nitrous Remix” and Subfocus’s “Stomp” that absolutely ripped the dance floor and got the immediate rewind. It set the tone for the whole night; there was no letting up and energy levels were off the chart!

The way Andy and Tonn Piper had the crowd under their spell was incredible, I’ve never felt a vibe like it. Tune after tune, double drop after triple drop, the intensity of Andy’s energy was infectious and the crowd were lapping it up and asking for more. Andy played tunes from all eras and all ends of the d&b spectrum effortlessly and seamlessly; a mix like “Spiritual Aura” by DJ Rap with Jenna G’s “In Love” did not sound out of place. One of the stand out mixes of the night came when he played Aztec by Spor from the very edge and teased in the intro for Planet Dust; this got the crowd so hyped as we knew what was coming… or did we? As the tunes dropped he brought in one of the most perfect dancefloor tunes ever to have graced d&b – Moving Fusion’s “Turbulence”! This absolutely ridiculous mix had even the most hardened head nodders loose their shit. Suffice to say this was rewound and brought back, and it was only right XOYO experienced it again. There are far too many outstanding tunes to list, but one of the highlights was a brand new 2017 remix of “Valley of the Shadows”. We’ll wait with baited breath for more details on that one…

The atmosphere and emotional connection of the crowd was amazing; twice Andy took the mic to thank everyone for making it an unbelievable experience and was handed a West Ham shirt during his final speech! As 4 am approached, Tonn Piper announced that “they were not finished yet!” Andy carried on for another hour playing just what he wanted. It seemed like he was mixing at home with not a care in the world, which was amazing to experience.

5 am struck and that was it, the end of a fantastic, history-making residency that is unlikely to ever be matched. It’s mystifying how Andy keeps such intensity and energy for a 5 1/2 hour set, not diminishing once. There are three Andy C sets that I will never forget: seeing him play a warm up set road testing dubplates from the Speed of Sound album, his set with GQ at the Ram Trilogy Chapters launch party where they absolutely tore a new one at The End, and now this unbelievable ”All Night XOYO” set. Andy was on another level; he was playing music that was personal to him and wanted to share with the people in attendance, playing with passion and from the heart. I will go far as to say it was THE best drum and bass night I have experienced EVER hands down.

As for the residency? The best DJ, in an intimate small club having the time of his life playing anything he wanted to an open-minded crowd, amplified by other powerhouse DJs from the scene made this a resounding success, week after week.
Massive shout also goes out to Scott and everyone @ Are One Management, who look after Andy’s bookings; it would have taken a monumental task to get the wheels rolling on something like this and they should feel proud to see the outcome.
XOYO were fundamental in achieving the right vibe and plaudits should be put their way for making this happen; no disrespect to Fabric or any other big club, but this simply would not be the same outside of a small venue.
Many ravers will be kicking themselves that they never experienced this night in the 13 weeks it was on, but considering the profound impact “Andy C @ XOYO” had on those privileged to attend, I wouldn’t be surprised if there was another residency at some point this year.

As the vocal in ShyFx’s old jungle track “This Style” states “This style is identical to none, this is how it should be done!” I couldn’t have said it better. 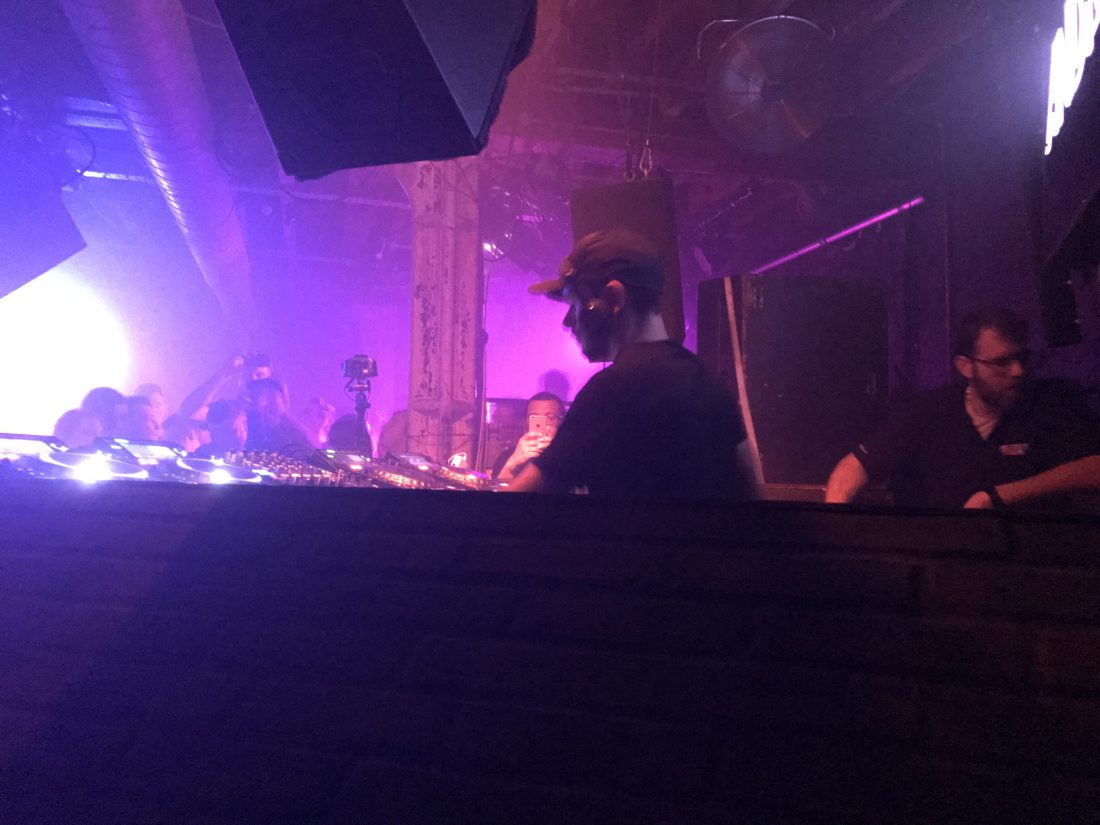 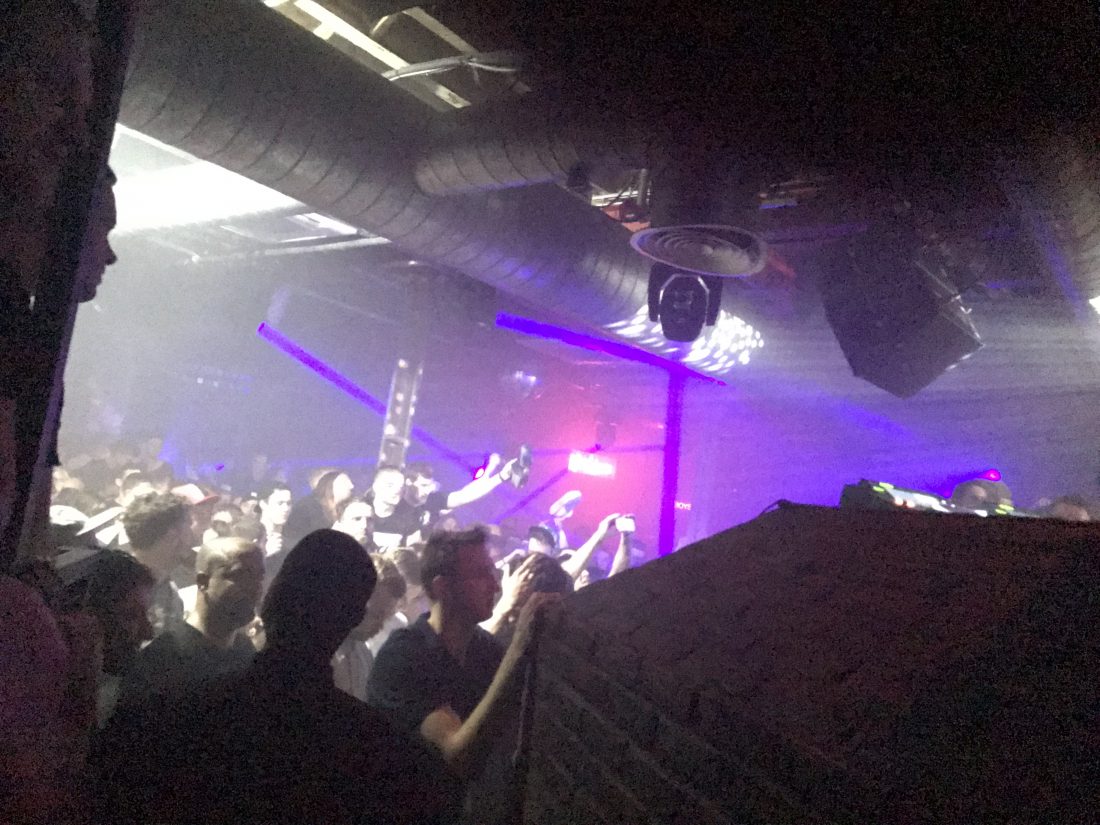 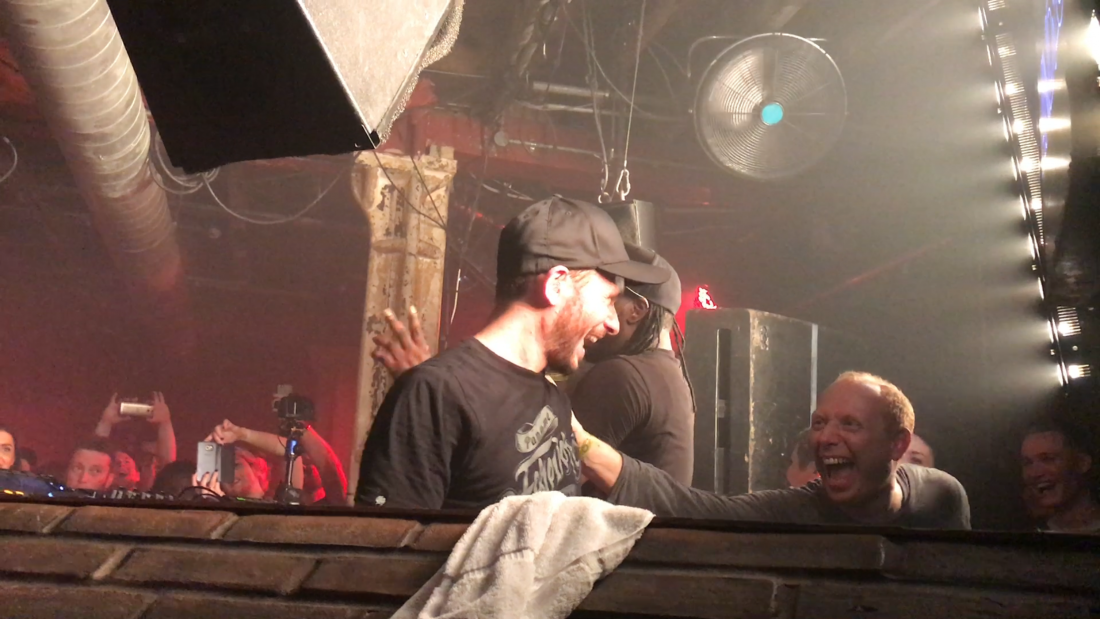 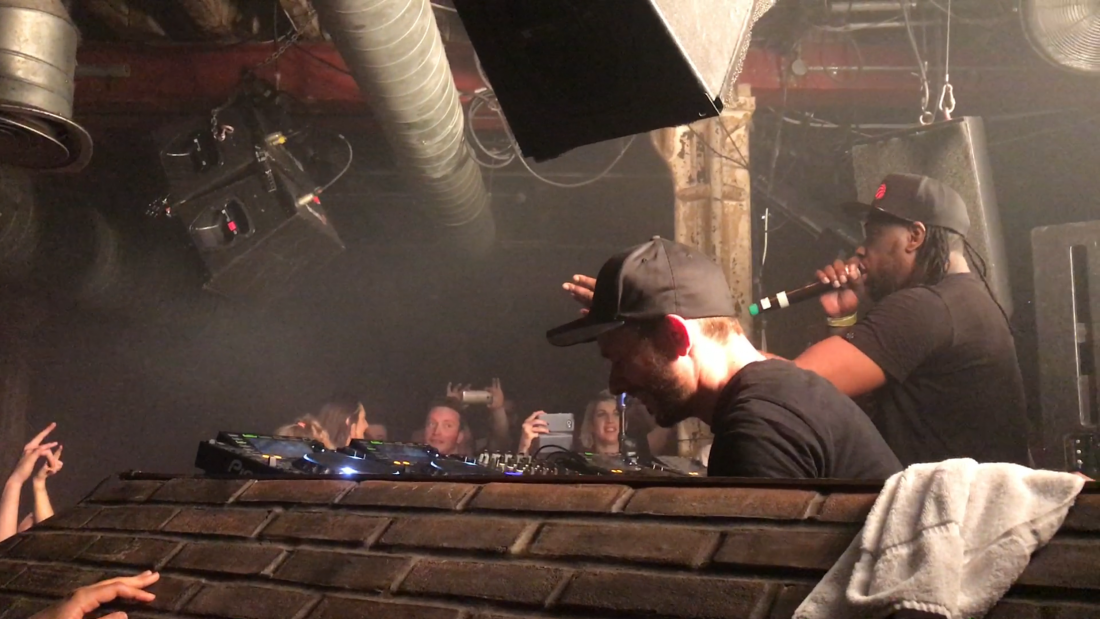 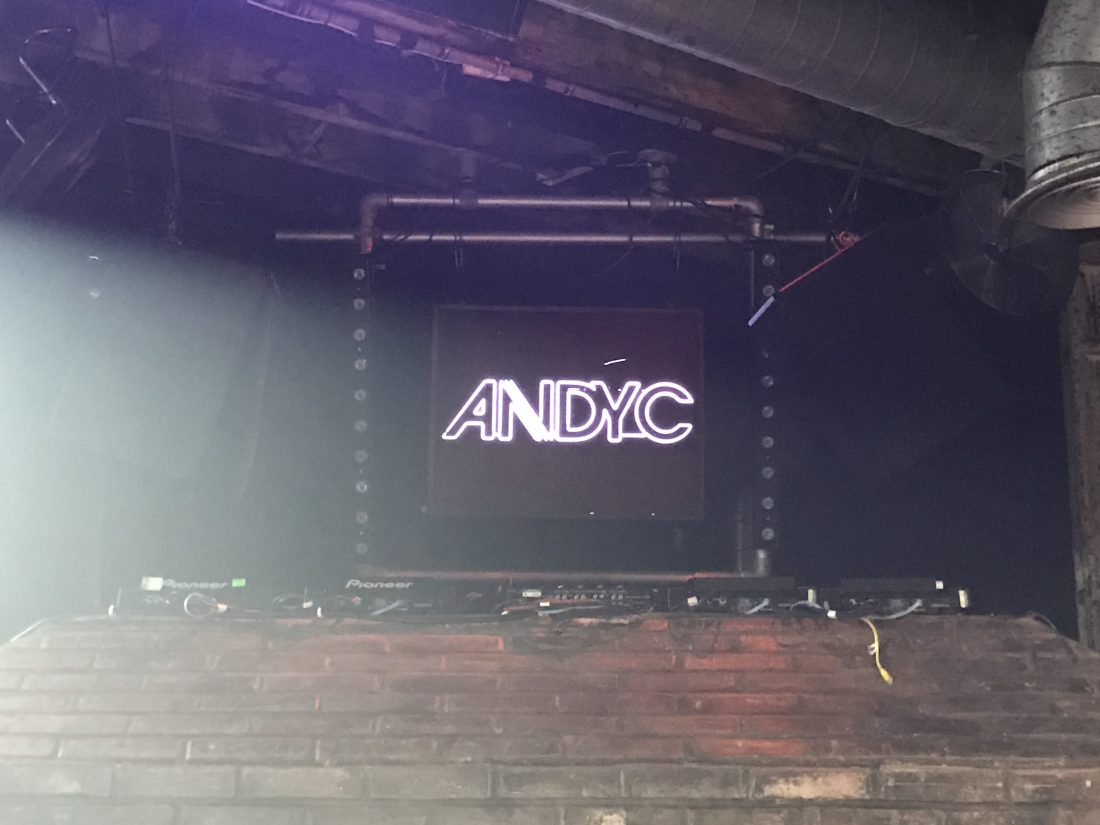 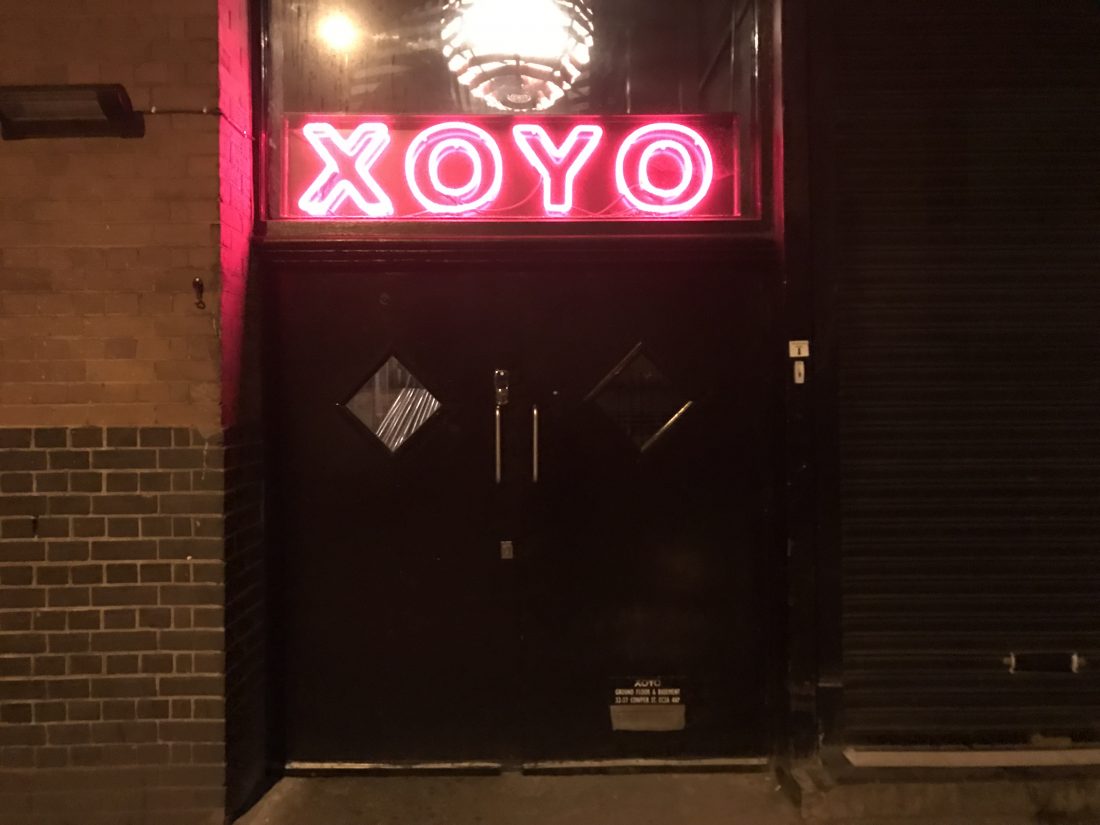