Banksy on side of former Reading prison defaced with red paint

by Hainesy
in Graffiti, News

King Robbo, a pioneering British graffiti artist best known for a long-running dispute with his more famous peer, Banksy, died after three years in a coma somewhere in 2014 following an unexplained head injury. There are many rumours on how this injury was sustained but none are conclusive.

I am writing this today following the recent news of a Banksy artwork being “defaced” in Reading. The artwork, which appeared on a red brick wall of what was once Reading prison, showed an inmate escaping lockdown using a knotted spool of paper from a typewriter. It appeared on 1 March and was officially confirmed as a Banksy three days later, when the elusive street artist posted a video on his Instagram account.

On Tuesday, photographs emerged that showed the piece entitled Create Escapedefaced with red paint covering the typewriter, with the phrase “Team Robbo” below. 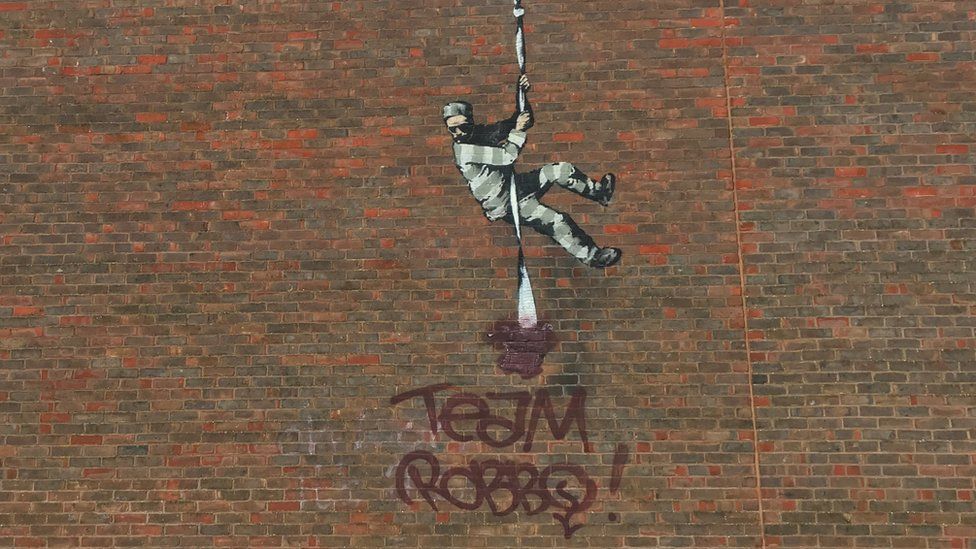 Almost all news outlets are just saying “Defaced with Red Paint” which is either a direct insult or pure lack of knowledge to the long standing fued the two prolific artists had over many many years.  Check the full video below for more info on the fued itself.

Globally known American-heritage label Tommy Hilfiger has teamed up with PATTA on a capsule collection that surrounds the Pan-African...

The Nike Air Structure brings back an early-90s fave. The plush, low-cut collar looks sleek and feels comfortable while...